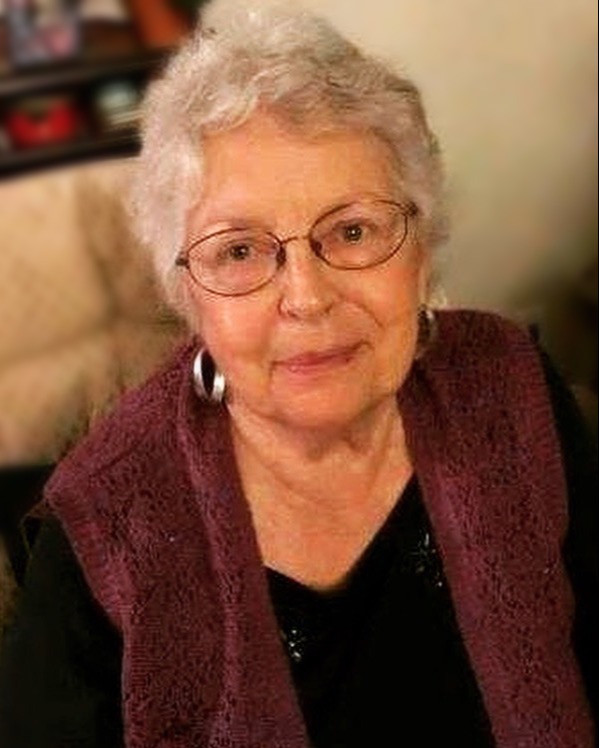 Kathleen Dolores Asbridge passed away on Monday, December 19, 2022 surrounded in love by her son Erich Freihaut and wife Cindy, her daughter Nancy Freihaut and grandchildren Nicole Shaw and Michael Freihaut.

Dolores was born on March 4, 1943 in St. Louis, Missouri and had four siblings. Growing up,  her family had many struggles. One night when Dolores returned home in the evening, there was no one home again. Scared, she walked to the Sisters of St. Joseph of Carondelet convent. There she was given safety for the evening. Through their continued generosity and support, Dolores was awarded a scholarship to attend Ursuline Academy in Arcadia, Missouri and earned her high school diploma. Through the years, Dolores spoke lovingly of her time at Ursuline and described it as the first time in her life having a home, three good meals a day and a tub with hot water. She felt she lived in luxury there.

From her first marriage, she had three children: Erich, Nancy and Mark. After a few years living in St. Louis, the family moved to Troy, Missouri. They enjoyed their new life living on a farm. It was during this time that Dolores found her love for gardening. She enjoyed growing vegetables and canning them, as well as planting and tending to multiple flower “gardens”. She also was an active leader in the local 4-H chapter teaching and encouraging her children to excel.

Dolores worked as a Customer Service Lead for Harcourt Brace Jovanovich in Troy, Missouri and as a Secretary for United Farm Real Estate in Moscow MIlls, Missouri. She enjoyed being a working woman while also being an active mom.

She found her forever home when she moved to Hawk Point, Missouri. She spent endless hours outside with her flowers and plants. Her flower gardens became her works of art. She enjoyed square dancing and aerobics. It was during this time, Dolores became a business owner and created Lincoln County Vending. She enjoyed her daily travels filling machines and visiting with folks along the way.

In her later years, the Red Hat Club and the Bingo Babes became her favorite and cherished social activities. Her weekly trips to bingo were the number one priority and all other responsibilities were scheduled around bingo. She loved her friends there, and there she felt loved.

Dolores’ most cherished accomplishment was her grandchildren and great-grandchildren. She enjoyed their visits, calls and watching them grow. Every holiday, but especially Christmas, was over the top. There was never a shortage of decorations, gifts and grandma’s famous mac ‘n cheese, watergate salad and cherry pie.

She is survived by her son Erich (wife Cindy) and daughter Nancy as well as her many grandchildren and great-children.

Visitation will be held on Monday, December 26, 2022 from 4-6 pm at Baue Funeral Home in St. Charles, Missouri. In lieu of flowers, donations can be made to either of her favorite charities: Ursuline Academy of St. Louis or Sisters of St. Joseph of Carondelet.

To order memorial trees or send flowers to the family in memory of Dolores Asbridge, please visit our flower store.