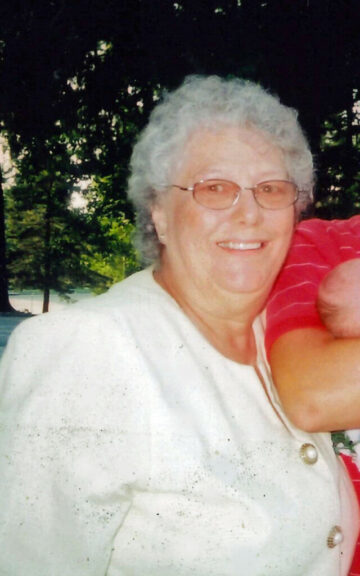 Karen A. Saey died February 3, 2022. She lived 80 fulfilling years. She was born September 25, 1941 to Robert Donald Fitzgerald and Anna Nadine Fitzgerald (nee Gregory) in St. Louis. She grew up in Delwood, the eldest of the three Fitzgerald children.

Karen attended Laboure High School, where she met the love of her life Francis Joseph Saey, II. The two eloped October 17, 1958 and were married 33 years until Bud's death in 1992. Karen's dream had always been to be a wife and mother. She and her husband fulfilled that dream with seven children, who the couple raised in Jennings. Once her youngest child was in school, Karen attended Florissant Valley Community College where she earned a nursing degree. She was a registered pediatric nurse at Normandy Osteopathic and later worked at Barnes.

After the death of her mother in September 1992, Karen moved to Bartow, Florida, to care for her father. She lived in Florida close to two of her children, her brothers and Karen's favorite place, Walt Disney World. She moved back to Florissant in 2014 where she lived until her death.

Memorials may be made in Karen's name to Evelyn's House or American Kidney Foundation.
To order memorial trees or send flowers to the family in memory of Karen A. Saey, please visit our flower store.