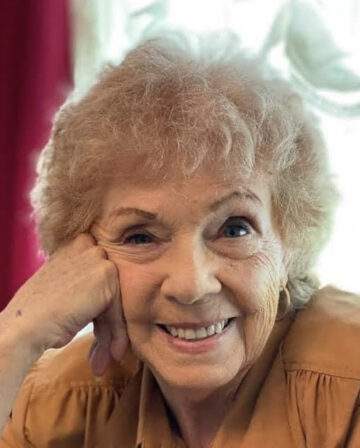 Judie Chaboude (nee Wood), of Saint Charles, MO, passed away Monday, December 27, 2021, at the age of 80. Born on November 10, 1941, in Cape Girardeau, Missouri to the late Hazel Marie Perry and Lewis Leonard Wood. One half brother, John (Sue) Perry and one half-sister, the late Linda “Jodie’ Wood. Judith was preceded in death by her husband, Fred Willis after 30 years of marriage.

Judith attended Granite City, Illinois High School. She was reunited with a high school classmate and friend, Geoffrey Glen Chaboude at their 40th high school class reunion. They married in October of 1991 and was married for 30 years.

For over twenty years, she had a birthday and wedding cake business, “Judie’s Cakes” in Granite City, Illinois. She also was partner and bookkeeper for her husband’s business, Cee’s Construction Company, until retiring in 2004.

She was very active in the Scottish community, founder and president of the Scottish Tartan Day festival and parade in St. Charles, Missouri for several years, was the historian for the St. Andrew Society 1998-2004, was Ceremony organizer in the Military Order of the Knights Templar of Jerusalem from 1998. Judith was also very active in the Christmas Traditions celebrations on Main Street in St. Charles, Missouri, caroling and organizing the Progressive Dinners.

Judith’s hobbies were sewing, painting, baking, and jigsaw puzzles. She was happiest when her children would gather to laugh, sing, and play musical instruments.

Memorials may be made in Judith's name to the Humane Society of Missouri.

To order memorial trees or send flowers to the family in memory of Judie Chaboude, please visit our flower store.