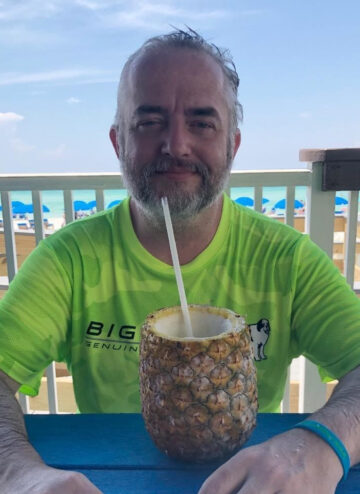 Johnny Peter Anthony Verhaeg of Saint Charles, MO, passed away Thursday, September 30, 2021 at the age of 55. He was preceded in death by his parents, Antonius Petrus Jacobus and Lily Verhaeg.

John was very involved with the Masons and was proud of his status as a 32nd Degree Scottish Rite Mason. He was also involved with Shriners International and was a Master of St. Louis, Missouri Lodge #1.

John worked tirelessly for the betterment of all those who crossed his path, and those who didn’t. His dedication as a mentor, teacher and friend was only exceeded by the love and support he provided as a proud father, husband, and grandpa. His final wish was to return to the Gulf Coast for one more pineapple drink. He will be dearly missed by all who knew and loved him.