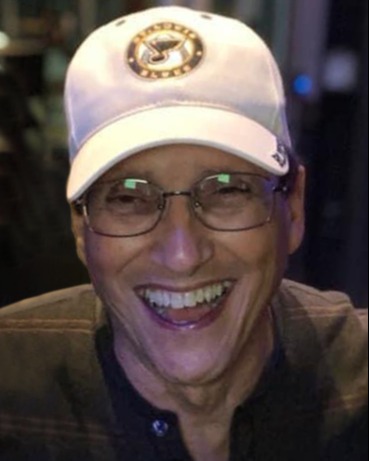 On Monday, January 16, 2023, John Lupo Junior, loving husband, father and grandfather passed away at age 70. Born to Antonia and John Lupo Sr. on April 10, 1952, at Missouri Baptist Hospital, in St. Louis, Missouri. He is survived by his wife of thirty-five years, Susan, his son Anthony, daughter Lisa, grandsons Jake and Nick. Brothers, Tom, Mike and Sister Chris. John had many in-laws, nieces, nephews, great nieces and great nephews. He was loved greatly by all.

John graduated from Riverview Gardens High School in 1970. John began his career with the Hussmann Corporation on June 15, 1970. He started serving as a union employee for twenty-five years. A senior lab technician for fifteen years. The remaining twelve years and seven months, John was a senior field quality specialist. His level of service, fifty-two years and seven months and one day, distinguishes John with the longest length of service in Hussmann history. He prided himself on remaining at the forefront of emerging technologies. John was a friend and mentor to all and will be greatly missed by his Hussmann family.

John loved to bowl. He started bowling in the sixth grade in the junior league at Dellwood bowl. John and his friends would work at the bowling alley, doing simple things, in return for free bowling. John was a very good and accomplished bowler. He bowled two 300 games. One 299 game, one 298 game. He had seven eleven strikes in a row games. A 792 series. He had a 200 plus average for over twenty years. He was an avid St. Louis Cardinals fan and St. Louis Blues fan.

John was a word class piddler. Always putzing around the house and yard doing something. This is a compliment. John didn't waste time doing something that wasn't important or useful. He didn't spend time in an aimless or idle manner. As everyone knows he was an overachiever, when it came to working on or doing projects around the house. He finished the basement, the master bathroom, the two other bathrooms, family room, living room, laundry room, redid the closet in all the bedrooms, landscaped the back yard, worked on and took care of the pool. Whew! As we all know, it's' amazing what John could do when he put his mind to it.

You can't talk about John without mentioning his love and enjoyment of life. Spending lots of time with his family and friends. Some of his friendships going back to the first grade at St. Sebastian, where mama Lupo volunteered in the cafeteria. He loved the beach, the lake, waterskiing, and riding the wave runner. Around 2006 John and Susan went to Park City, Utah, where they fell in love with snow-skiing and everything the mountains had to offer.

Please join us for John's Celebration of Life. It will be held on Saturday January 21, 2023, from 3pm to 5:30pm at the Baue Cave Springs Funeral Home located at 3950 West Clay Street, St. Charles, Missouri 63301. In lieu of flowers, the family ask that those who are able, donate in honor of John to the American Heart Association www.heart.org or the Susan G Komen organization www.komen.org