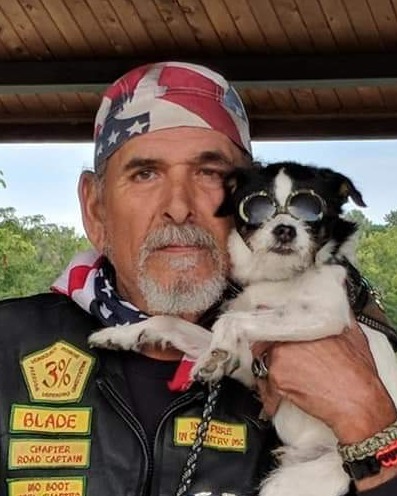 John proudly and honorably served in the United States Army, where he bravely fought in the Vietnam War. He was a Purple Heart, Bronze Star, and Soldier Medal holder. John was a warrior, fighting so everyone could maintain their freedoms, and would proudly do it again. He was a member of the American Legion, Veterans of Foreign Wars, and Wounded Warriors.

John loved traveling and sculpting, was a travelling artist, and was invited to create sculptures at the St. Louis Art Museum. He had a great love for animals and nature. John was a free spirit, whose interests ranged from writing a book to obtaining a 3rd degree black belt in Taekwondo. He loved his Harley and was beloved by many motorcycle clubs.

John enjoyed 48 years of marriage to his wife, Collette. He lived life to the fullest and left an imprint on everyone he met, and he never met a stranger. John lived by the notion “never give up, never give in, never surrender.” John was dearly loved and will be greatly missed by all who knew him.

Memorials may be made in John's name to Tunnel to Towers Foundation and Wounded Warriors.