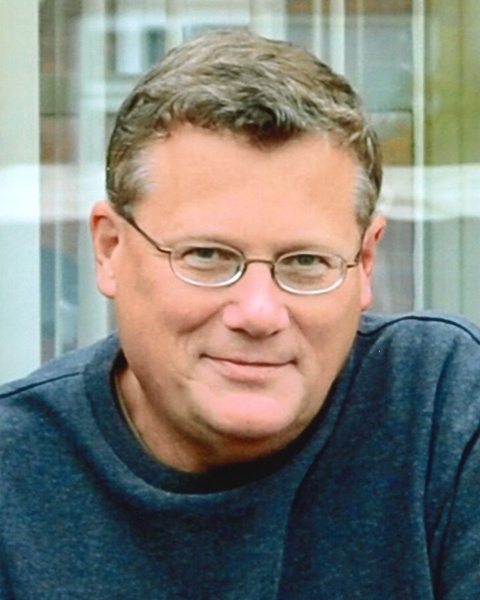 John was born at Christian Hospital St. Louis on Thursday March 14th 1957 at 1:14pm. John attended Moline Acres Elementary School as a child followed by Riverview Gardens for Middle and High School and graduated as a member of the class of 1975. John was heavily involved in the boy scouts growing up and was in the paper as a child after winning the pinewood derby. John was baptized into the Reorganized Church of Jesus Christ of Latter Day Saints on September 12th 1965 which is now known as the Community of Christ church.  John was a deacon in the church and was a dependable and hardworking behind the scenes contributor to both the Bel-Nor and Twin Rivers congregation. As a child John loved playing outside riding wheelies on his bike and playing neighborhood baseball. As John got a bit older he began working at his Dad’s business, Precast Concrete. John would use the concrete parking stops as weights to do bench-pressing on their lunch breaks.

Following High school John honorably served in the United States Army. John began Basic Combat Training on January 26th 1976 at Fort Knox in Kentucky. Following Basic and infantry training John went to Ft. Benning in Georgia for jump school airborne training. John was then stationed at Ft. Carson in Colorado. John loved going into the mountains with his friends in his V8 Jeep Renegade for hikes and exercise starting his long standing love for jeeps. John was part of the 509th Airborne between September 1977 and December 1979. This took John to Camp Ederle in Vicenza Italy. During John’s time in Italy he was selected to represent his Battalion Combat Team and Company A in French Commando School training which he won the selection for through competition at Monte Romano. John received a letter of commendation for the manner in which he successfully completed this commando school. John met his wife Helen Hughes (now Helen Fears) on August 19th 1978 while she was vacationing in Vicenza. John and Helen met on the beach and began a fairytale like beginning to their relationship which continued through letters until their marriage on July 20th 1979 in Hull England right before John returned to the states settling in the Finger Lakes area of Geneva, New York. John re-signed in 1979 for 3 more years of service which ended in 1982. He left as a Sargent E5 as an MP.

John returned to St. Louis area in 1982 where he worked in the Veterans Office while attending university. John and Helen bought their first home in Moline Acers. John wasted no time pursuing his computer science degree often taking night and summer classes while also working. John and Helen also became pregnant in 1983 with their first child John Patrick. Two years, 9 months later their second child Thomas Michael was born after moving into their second home in Ferguson. As if John and Helen needed more on their plate at this time they fully renovated and restored their new to them home at this time which ultimately took seven years to complete. While still in school, John had an opportunity to apply for a position at Monsanto working in a mainframe room. John got the job which began his long career with the company that spanned over 33 years through numerous mergers ultimately resulting in his working for Pfizer as a Director, Risk Management & Compliance Business Technology, Quality & Compliance Human Resources & Corporate before retiring in 2018 due to his ongoing battle with cancer. During John’s time at Pfizer, he loved his job and all of his colleagues. He enjoyed working with and supporting his team and took a vested interest in their continued success. He always wanted to aid in the advancement of their careers. John Graduated from Washington University on May 15th 1987 with his Bachelor of Science in Systems and Data Processing.

John moved his family to O’Fallon MO moving in on January 4th 1994 and stayed there for 12 years in the Twin Chimneys subdivision. John and Helen raised their two children here and life was good making many memories of family and friends during this time. John enjoyed all of the joys of fatherhood and continued his hobby of running and exercising as well as constructing numerous home improvements such as a beautiful back patio and finished basement.  John and Helen enjoyed travel during this time with the kids and even some travel through work.

In March of 2005, John and Helen completed the construction of their ultimate dream home in Josephville MO near Wentzville.  After moving in, John received the worrying news of his initial cancer diagnosis. John was diagnosed with prostate cancer and received treatment for 18 years. During those 18 years John fought endlessly and maintained a positive outlook always believing that a cure was on the horizon. He never gave up the fight. He wanted to remain with his family at all costs regardless of his own personal sufferings and was a true hero in the eyes of his wife and children. John and Helen lived in Josephville for 14 years amazing years filled with fun times and great neighbors. John continued to enjoy improving this home too as was John’s nature. John decided that in the interest of providing security and stability for his wife in the event of his passing he would downsize their home and find someplace nearby to call their final home. John and Helen moved into their last home in nearby Wentzville MO in 2019 where they continue to live to this day.

Throughout John’s life he was constantly in service of others. Always there to lend a hand for family and friends helping numerus with their home projects and other needs. John was the definition of dependable. John’s life was immeasurably improved by the loving support he received from his family. His numerous brothers in law all played a huge role in his life and he loved them all dearly and would want them to know how grateful he was for all they have done through the years.  John was blessed with some loving friendships throughout his life which he treasured. Jarvis Lyndon Nathan was John’s best friend in Ft. Carson CO but sadly died very young in 1988. Dan Bender was John’s best friend in the 509th and they stayed in contact until Dan’s death in 2018 aged 63. John met Greg Soloman as a young boy through church and became known to John’s children as Uncle Greg and is regarded as family. Steve Vago is John’s best friend since meeting through Helen’s child care business. Steve’s friendship over the years helped John immensely not only through tough times regarding health but also just with enjoying life and socializing.  John was fortunate to have amazing and loving parents who supported him through all his pursuits. John’s Father passed away far too young and John was always there for his Mom and sister in his place. No one could have made a mother more proud. He was a loving and caring son and brother.

John was dearly loved and will be greatly missed by all who knew him. His spirit will continue to be with us in our hearts.

Memorials may be made in John's name to Tunnel to Towers.