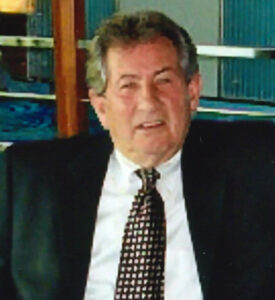 Joe Boone was a simple man. Anyone who knew him knew that he was a dedicated employee to Frito-Lay for 41 years, lived for his children and loved to ride dirt-bikes. As a District Sales Manager he worked long hours, six days a week but still managed to get away every weekend possible to camp and ride with his two children Scott Boone and Mindy Sale (Boone). Riding with long-time friends on the trails of Mark Twain National Forest, or "The Bluff" was all he could ask for in life. He and his Husqvarna dirt bike were a legend on those trails. When his body wouldn't allow for dirt bikes anymore, he simply moved on to a four-wheeler. In addition to his own kids at his side growing up camping and riding in the area, later a second generation of young riders joined in with Joe and "the old guys."

Later in life, Joe and his wife Bettye loved nothing more than to open their home to friends and family. He spent many happy days in retirement on his riding lawnmower; sometimes even napping out in the field if the mood struck. He was a source of wisdom and advice, especially when it came to car purchases, in the family. And the man could tell a story.

Joe will be greatly missed by his wife Bettye, his children and stepchildren, Mindy, Bob, Scott, Shirley, Emma, and Ben; as well as eight grandchildren and three great-grandchildren.
To order memorial trees or send flowers to the family in memory of Joe Boone, please visit our flower store.