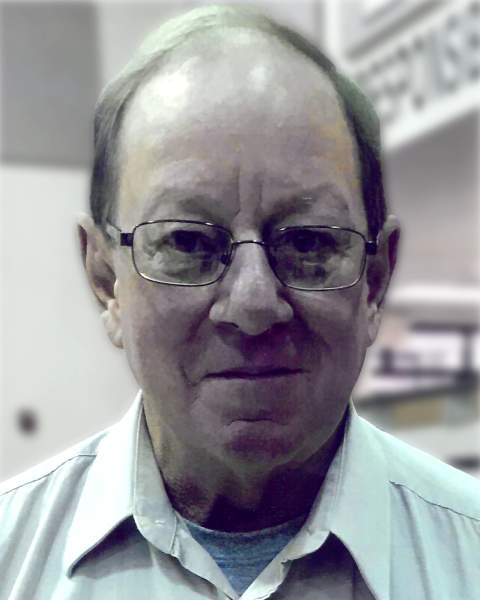 Jeff passed away peacefully on August 13th, after a brief illness, with his family by his side.

Jeff attended Dickinson College where his interest in all things Math were put to good use.

He served three years in the Army during the Vietnam war. He learned the language and was stationed in Vietnam, working closely with nuns at a children’s orphanage.

Shortly, after his discharge from the army, he met the love of his life, Shiela. They married on May 9th, 1973 and were looking forward to celebrating their 50th anniversary next May. Jeff worked as a special agent for the Defense Department, both in San Francisco and St. Louis before retiring in 2002.

Jeff was well known for his "corny" jokes he told to anyone who would listen.

Jeff is survived not only by Shiela, but also by his amazing daughter, Jennifer, her great husband, Kevin, and three of the most incredible grandsons, Aiden, Cameron, and Ashton, his sister, Nancy Kennedy, nephew, Todd Kenndy and his loving and loyal cats, Douglas and Poppy.

He was known to the boys as "Daddy Jeff.” His boys made him so proud and he constantly shared their accomplishments with his friends, he was such a great "Daddy Jeff,” and the boys loved him so much.

Jeff enjoyed having lunch with the boys, every Sunday and Wednesday, where the conversations always seemed to focus on guitars, math, their on goings at school, future hopes, and his love for classic cars.

He enjoyed playing guitar, classic cars, playing with his cats, attempting to grow tomatoes, his collection of clocks and just overall fun with his family and friends.

He will be missed by so many, and to his family, he left a void that can never be filled. A special thank you to Dr. Steven Trottier and the caring staff at Mercy's ICU POD 3 for all of the great care they gave not only to Jeff, but his family as well.

As per his request, there will not be a funeral, but we will have a celebration of his life on October 2nd.

In lieu of flowers, donations to Heartland Animal Rescue, P.O. Box 113, 'Fallon, MO. 63366 or Ronald McDonald house in St. Louis will be appreciated.