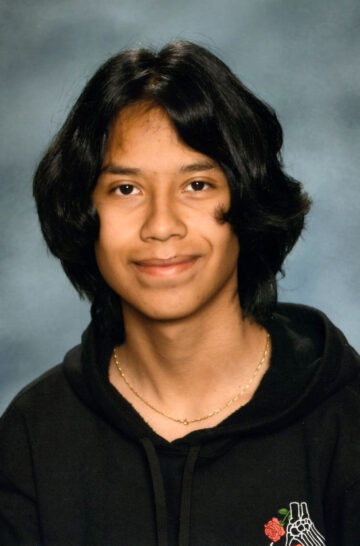 As a student at Orchard Farm School, Jefferson had many friends and was looked up to by them. He was a light in the life of his friends and family. As quoted by a friend, "Jefferson was like my older brother. He was such an inspiration to me, and others and I want others to also know how amazing he was and how big of an impact he had on me." He loved to be around people.

Jefferson was a deep thinker and head strong, and very determined to accomplish his interests. He had a great mind and was a true philosopher. He always had a deep interest in ancient religions. He was also a member of the Art Club at school and had recently started Karate.

Jefferson loved nature and enjoyed being outdoors as much as possible, and especially enjoyed skateboarding. Classic cars were another one of his favorite interests. He loved the nostalgic detail. He also liked to play video games with his sister. Jefferson and Tori loved each other very much and had a wonderful sibling bond.

Jefferson was dearly loved and will be greatly missed by all who knew him.  Memorial contributions may be made in Jefferson's name to Cardinal Glennon Children's Hospital.