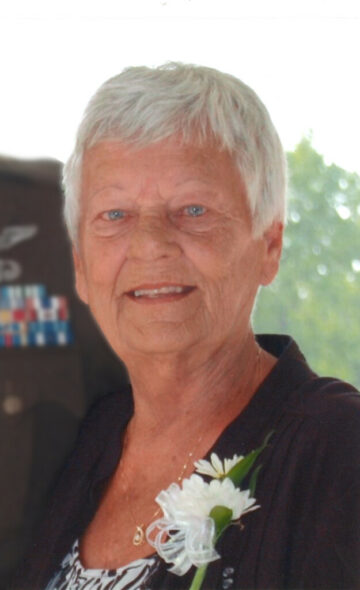 Janet preferred to be called Jan. She was born June 4th, 1939 and placed up for adoption at the age of 3 months, along with her older brother, by a year "Sonny" to a WONDERFUL couple, named Rudy and Ethyl Derecskey. They had two teenage children, named Lorraine and Rudy.

Jan had an amazing childhood. Her dad spoiled her rotten. He built her a gym and trapeze in their yard. Jan was training for the Olympics in the early 50's as a gymnast and as a diver. Then one day she fell on a 'ring' and broke several ribs, which ended that dream. She also had a pet Turkey, several dogs and a skunk. Jan also had a pet Opossum, named Punkin. She remembers the pet skunk and will tell you how 'she got kicked off the bus one time because she was carrying the skunk and she popped her out of a basket. In high school Jan was also a cheerleader.

She met Frank around 1963 and they were married on Sept. 23, 1965 and enjoyed a loving marriage for 53 years. Jan had four kids from a previous marriage and then they had the baby, Frank Gaines. Frank had three teenage boys from his previous marriage.

Jan and Frank were both pilots and they had three different Cessna 172's while we were growing up. Frank was an instructor and Mom taught ground school. They would fly to Chicago for breakfast and many other trips like to Tennessee, Oklahoma and Texas.

They also loved camping, started out in tents and moved up to RV's. They traveled from California to Florida, Colorado and many other states. They had their dream vacation back in 2011 when they went to Hawaii for a week. They loved anything outdoors, hiking, swimming and fishing.

Jan retired at 45, she had several jobs, such as a bus driver for a school district. Jan moved to Texas in 1974 and worked as a secretary at a Hebrew Academy. Jan and Frank both hated Texas and moved back to Missouri in 1979, as they missed the seasons. They loved football and even had season tickets to the Rams games. Jan also loved her baseball and has been to many Cardinals games. Jan also loved gardening and getting her hands dirty. She used to love coloring and reading magazines.

Jan was dearly loved and will be greatly missed by all who knew her.

Memorials may be made in Janet's name to a charity of your choice that is pet related.