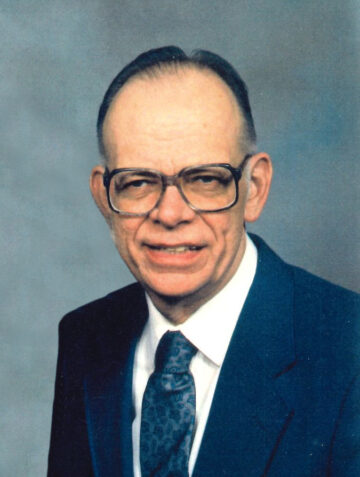 James S. “Jim” Crump, of Saint Charles, Missouri, passed away Wednesday, June 15, 2022 at the age of 88. Loving husband of 50 years to the late Lois McGourty Crump; beloved son of the late Lindell Lloyd Crump, Sr. and the late Lillie May Crump; devoted father of Jeanne (Cory) Schroeder; cherished grandfather of Gavin Schroeder and Carter Schroeder; dearest brother of the late Mary (Duncan) Pritchard, the late Geraldine (Ted) Stalzer, the late Dorothy (Richard) Pride and the late Lindell L. (Ann) Crump, Jr.; and dear brother-in-law of Luce (the late David McGourty) LaFleur. Jim was also a wonderful uncle to his many nieces and nephews, who helped in caring for him in his latter years.

Jim proudly and honorably served in the United States Army. He attended the University of Colorado in Boulder before transferring to Ringling School of Art in Sarasota, Florida where he received his BA in Fine Arts. He retired from McDonnell Douglas after more than 33 years in the aerospace industry.

Jim met his true love, Lois, in southern California and they were married on October 10, 1970. They enjoyed family vacations to state parks and going back to California to visit family. They also traveled to the Caribbean and went on several cruises throughout the years.

As a man of the arts, Jim enjoyed painting and drawing, and he made the most beautiful greeting cards for his family and friends. He had a passion for photography and taught continuing education courses in photography and art as well.

Jim was dearly loved and will be greatly missed by all who knew him. Memorial contributions may be made in Jim’s name to American Cancer Society.