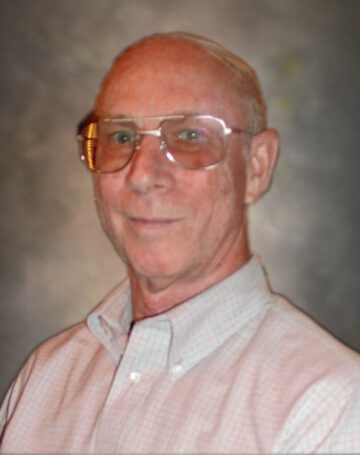 Jim proudly served in the United States Army during the Vietnam War.  He worked for General Motors for more than 43 years, and he was an active member of the UAW Local 2250.

As a man of faith, Jim was a member of First Baptist Church of St. Charles for many years.  He was a loving family man, and he looked forward to vacations every year with his family traveling throughout the United States, often visiting historical sites.  One of his favorite places to visit was Colorado, which was also where he and Doris honeymooned.

Jim’s true passion was, of course, cars and anything to do with them.  His favorite car was a 1954 Corvette convertible.  He was a member of the Horseless Carriage Club and was one of the founding members of the Gateway Chapter of the Buick Club, and he remained active in these organizations.  He also traveled to car shows as much as possible.

Jim loved spending time in his garden, planting flowers and gardening vegetables. He especially looked forward to seeing his irises and jonquils bloom.  He enjoyed playing cards and board games with his family.  Stamp and coin collecting were another one of his hobbies, as well as collecting diecast cars.

Jim was dearly loved and will be greatly missed by all who knew him.  Memorial contributions may be made in Jim's name to Siteman Cancer Center.