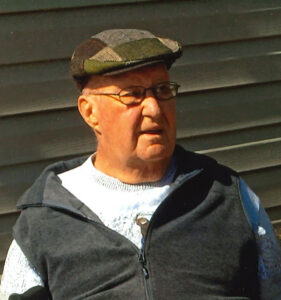 Jim proudly and honorably served as staff sergeant in the United States Air Force. He dedicated many years as a senior analyst through McDonnell Douglas. Jim had a passion for flying and held a private pilot's license and enjoyed sharing that passion with his family and friends. Jim participated in many charity events through Wings of Hope.

Jim was a Knights of Columbus “Lifer” with Council 2273, and was a member of the 4th Degree from the St. Patrick’s Chapter. He was also a member of Immaculate Conception Catholic Church where he was a greeter and often volunteered since 2005.

After retirement, Jim and Lois spent 16 years at the Lake of the Ozarks, where he enjoyed spending time on their boat, “Flying Low”, fishing and spending time with his family. They loved the community and friends they found there and were involved with the Coast Guard Auxiliary. Jim was dearly loved and will be greatly missed by all who knew him.

Memorials may be made in Jim's name to St. Jude's Children's Research Hospital or Wings of Hope.

Baue Funeral Homes is currently following CDC recommendations regarding mask and social distancing policies.
To order memorial trees or send flowers to the family in memory of James “Jim” A. Gersman, please visit our flower store.