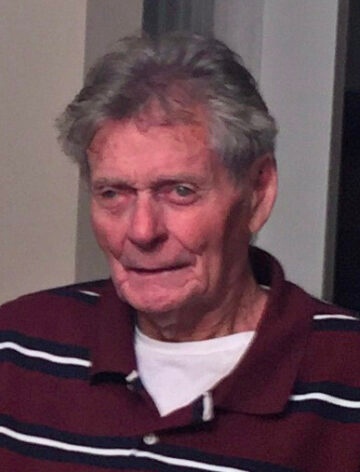 We regretfully announce that James Vernon Hamilton quietly departed this life on June 13, 2022 at his home in O’Fallon, Missouri.

The youngest of seven children, James was born on May 18, 1929 in Jennings, Mo. He graduated from Jennings High School and later found a job working at the St Louis Airport where his fascination for airplanes began. Later, with his professional career as a carpenter, he found work building many of the homes in the North Country area. James finished his career with Emerson Electric also as a carpenter. James spent weekends boating on the river with family and friends, bowling with his sons on Thursday night leagues and in building many model airplanes. Later, he found comfort in a quiet, simple life.

James married, and divorced, the late Lorraine (Walsh) Hamilton, with whom he had four sons. James is preceded in death by his parents, Jay Raymond Hamilton and Anna Belle (Wadlow) Hamilton, and his son Jerry T Hamilton. He is survived by his sons: James M Hamilton (Diana), Gregg S Hamilton (Becky) and Christopher J Hamilton (Kara); his daughter-in-law Sharon Hamilton (Jerry), his ten grandchildren, and his six great grandchildren.

James’ influence will forever remain in the lives of his family and he will always be remembered. No services will take place, as James requested, but we do appreciate your love and support during this difficult time.
To order memorial trees or send flowers to the family in memory of James Hamilton, please visit our flower store.