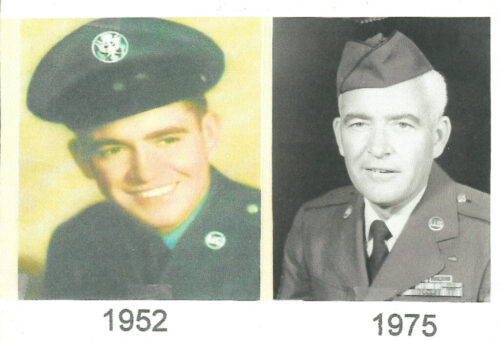 James proudly served in the United States Air Force for 23 years from 1952-1975. While in the Air Force he performed maintenance work for several important weapons platforms such as the Minuteman missile, the B-52 bomber and the C-130 cargo plane, among others. One of his greatest achievements in the Air Force was as the crew chief working on a B-52. Under his direction his team was cited for achieving 119 consecutive on-time takeoffs. In 1975 he was honorably discharged at the rank of Master Sergeant and began his life as a civilian. As a civilian he worked in various civil service jobs until his final retirement in 1998.

Much of his free time was spent working on projects at home such as building furniture, some of which are still in their apartment today. When he did go out, he enjoyed dancing.

When he passed away he was a member of the Grace Baptist Church in St. Charles, MO. Previously, he was an active member of Parkway Baptist Church in St. Louis. While attending there he was ordained as a deacon and served as a Sunday School teacher for many years as well as assisting in Children’s ministry. In 2009 he was recognized as Senior Adult of the year by Parkway.

As a final gesture of his selflessness and concern for others he donated his brain to the Washington University Memory and Aging Project, a program that both he and mom participated in several years before. James was dearly loved and will be greatly missed by all who knew him.

Memorials may be made in his name to the charity of the donor’s Choice.