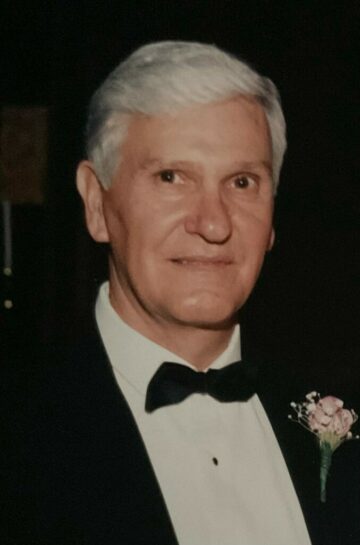 Jack Rapert of St. Charles, MO passed away peacefully on January 16, 2022 at the age of 88 years. He was born December 15,1933 in Supply, Arkansas to Normal Red Rapert and Bonnie May Duff Rapert. He was the sixth child of ten children and the youngest boy. He was preceded in death by his parents; his brothers; Ryburn Rapert, Jake Rapert, Bob Rapert, and a stillborn male, sisters; Tean Ray and Toots Boyett. He is survived by one brother; Joe Rapert, sisters; Carol Bobbitt and Nancy Early. He is also survived by his wife; Nancy, his daughter; Jennifer "Ginger" Foust and husband John Foust of Overland Park, KS and his son; Jeffrey Clay Rapert and his wife Maurine Loebel Rapert of St Peters, MO. He was the proud grandad to Abby Foust Hamm and husband Tommy Hamm of Lake Park, GA, Matthew Foust and wife Alyssa of Blair, NE, Brad Rapert of Lake St. Louis, MO, Drew Rapert of St. Peters, Mo and Adam Rapert of Jefferson City, MO. Great grandad to boys Brooks and Ace Hamm. He was raised on a farm in rural Arkansas, graduated from Maynard High School and attended Arkansas State University. Later moved to St. Louis for employment with the Ford Motor Company. He married his sweetheart, Nancy Elizabeth Brooks also from Maynard, AR. in January 1956 and was happily married for 66 years. After one year with Ford, he started working for General Motors Parts Division in Hazelwood, MO and retired in 1993 after 39 years of service. His friends and family described him as humble and kind and the person they went to when they needed advice. They knew he was honest and could be trusted and would do the right thing. He was a proud member of the UAW and served as the union shop steward. He stayed close to his siblings and loved going back home to Arkansas to visit. He was a lifelong Christian, a Mason, and a deacon at St. Charles Christian Church. He loved working around the house and was very handy, often disassembling broken household items only to reassemble them in working order. He took great pride in his lawn. He was a little league baseball coach and rarely missed his grandchildren's ballgames. He was an avid St. Louis Cardinals fan, enjoyed quail and pheasant hunting, fishing, vacationing in Florida, watching Bloomberg, reading the Wall Street Journal every day and mornings at Hardies with his work buddies. He was a loyal provider, husband, father, Grandad, and friend. It was very important to Jack to provide educations for his children and sacrificed his entire life so that they could have that and more. The wisdom and values he imparted are evident in his children and grandchildren and beyond. May he rest in peace, he will be missed by many.

In lieu of flowers, memorial donations may be made to Alzheimer's Association