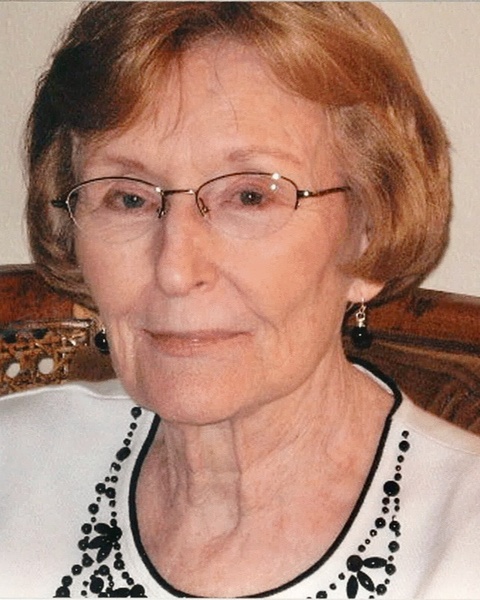 Helen was born in Colorado Springs, CO in 1929 to Darrell Boyd and Florence Morrow Harmon. After living in New York City for the first two years of her life while Helen’s father completed his PhD, the family made a brief return to Colorado Springs. When Helen was in first grade, they moved to Flagstaff, AZ, where her father taught at Arizona State Teachers College. Two years later, her parents separated, and her mother returned to Colorado Springs with her four children (Helen, Florence (~nee Harmon) Voegelin, and Wallace and James Harmon). Helen attended school in Colorado Springs, completing high school in 1946. Helen was graduated from Colorado College in 1950 with a major in French.

At the end of Bob’s freshman year at the University of Colorado, Helen and Bob married in August 1949. He was a Navy veteran and a member of the Naval Reserve. After Bob’s sophomore year, he was recalled to active duty and stationed as a medic in Vallejo, California where Helen joined him and taught elementary school.

In 1952, Bob was discharged from the Navy and they returned to Colorado Springs where their son George was born in 1952. With the help of the G.I. Bill, Bob finished his mechanical engineering degree at the University of Colorado/Boulder, while Helen worked as a telephone operator and later as an elementary school teacher. Helen and Bob moved to St. Louis in 1954 where Bob worked for McDonnell Aircraft, now Boeing. Their daughter Rebecca was born in 1955. In 1965 Helen began her last eighteen years of teaching, fifteen of which were in the Hazelwood, MO school district as a much-loved kindergarten teacher.

Helen was devoted to her family, and proud of her children and their accomplishments. She was equally devoted to her daughter-in-law Denise (Oscko) Chamberlain, her five grandchildren, Scott, Alex, Audrey, James, and Kevin, two great-grandchildren, George and Henry (children of Audrey Beedie -née Chamberlain and William Beedie), and seven nieces and nephews. Helen and Bob were greatly saddened when their son George passed away in 2001 at the age of 49.

Helen loved babies and little children, those in her family and her many kindergarten classes. Over the years she lent her organizational skills to a variety of organizations and projects, including the church’s vocal music, bell choir, or book library, local teacher’s sorority, various celebrations and meetings, and school functions. Her kindergarten Halloween parades were an annual highlight.

Helen loved reading for her own enjoyment: novels, books on spiritual growth, poetry, and cozy English mystery stories. She also devoted countless hours reading aloud to children, at home and at school.

Helen did not particularly enjoy cooking; fortunately, husband Bob did. She put into action the saying, “my favorite thing to make for dinner is reservations.” Helen often said she would get up off her death bed to go out to eat.

After Bob retired in 1987, he and Helen enjoyed traveling. Highlights included Alaska, Great Britain, and Greece. For a number of years, they spent some portion of the long winter months in Hawaii and later in Arizona. Travel to Boston became a favorite destination to visit her daughter’s family, especially in the Fall.

Music played a central role in Helen’s life starting as early as elementary school, pursued in the form of voice and piano lessons, singing folk songs with Bob, accompanying school programs on the autoharp, participation in church choirs, the St. Louis Bach Society Chorus, St. Louis University Community Chorus, and much later in the Church of the Master’s, UCC bell choir.

All throughout her life Helen said “yes” when someone needed help. She said “thank you” easily and quickly when she was the recipient of someone’s kindness. Helen was unfailingly polite, a woman of a quiet, yet deep faith. She will be dearly missed for the love and grace she showed to so many.

In lieu of flowers, memorials may be made in Helen's name to the Music Fund at Church of the Master - Florissant, MO.

To order memorial trees or send flowers to the family in memory of Helen Margaret Chamberlain, please visit our flower store.