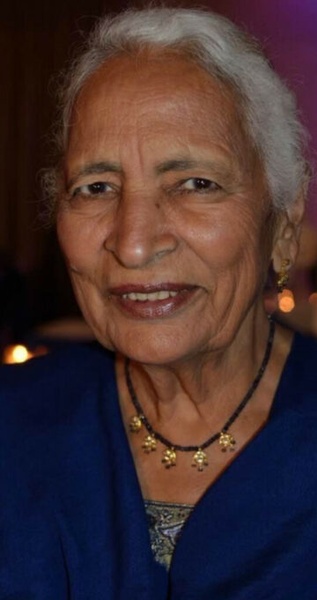 Gurdeep Kaur Padda, who was known affectionately as Deepa, was born on May 3, 1937, in the Village of Manihala, Punjab, India. She left us peacefully on April 12, 2022, to join her late husband Kulwant Singh Padda who passed away in 2005. She immigrated to the United States in the early 1970’s and had a wonderful teaching career in the St. Louis Public School system for 25 years. She was a very successful businesswoman and made friends with everyone she met. She was truly an inspirational and free-spirited woman who positively influenced so many lives in so many ways. Family and friends called her “Umi” which means mother in Punjabi and she played that role perfectly for everyone she personally touched. Umi was the matriarch of the family and is left behind by her two sons, four grandchildren, two sisters, one brother, nieces, nephews, grand nieces, grand nephews and countless other loving and caring relatives. Her mark on this Earth is permanent and profound. She was able to effectuate positive change on so many levels with so many people and her influence will be felt for generations to come. She will be missed but never forgotten, physically gone but spiritually ever present- she will live on in all of our hearts and minds for eternity.

Memorials may be made in Gurdeep's name to Sikh Study Circle of St. Louis.