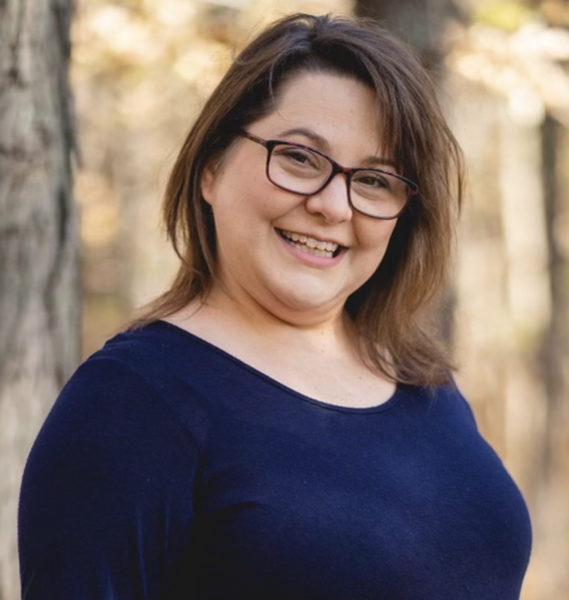 Gretchen, devoted wife of David P. Niemann, graduated into the loving arms of our Lord on July 8, 2022, after a valiant 10-month battle with cancer. She was born in Salisbury, Maryland on October 5, 1975, to Kathleen and William Thurnau.

When she was a year old, the family moved to Hollis, Maine, where she spent most of her childhood. Her joy of singing was evidenced by her solos in school concerts and leading roles in the grammar school drama club, especially the part of Annie. These talents were also shared with the drama club in Apex, North Carolina, after she and her family moved there her sophomore year, allowing her to graduate from Apex High School in 1993. She attended Mitchell's Academy to learn the beauty trade.

Upon graduation, she embarked on her life’s dream career. As a young girl while visiting her grandparents, Millie and Les Thurston in Southwest Harbor, Maine, she and her cousins would play “hair.” They would take over the chairs in her Aunt Paula Dunbar’s salon, The Grand Design, combing and styling each other's locks. She often referenced this time as the reason she chose her career. During her time as a beautician, she decided her goal was to teach in a Beauty School. She accomplished this after they moved back to the St. Louis area, after many hours working in various salons to ultimately owning her own shop, The Maine Attraction, in Waxahachie, Texas. She thought education was important. While in Texas, she got her BS from Texas A&M at the same time that she was a wife, mother, and shop owner. Most recently, she worked from home for DM Fulfillment in O’Fallon, Missouri.

After Mitchell’s Academy, she followed her parents from North Carolina to Memphis, Tennessee, and ultimately Ballwin, Missouri. It was here that she met the love of her life, David. Gretchen and Dave are blessed with two children, Beau David Niemann and Jaqueline Elaine Niemann, in whom Gretchen took much pride. After a brief few years in Texas, the Niemann family settled down in the Wentzville, Missouri area.

She was generous to a fault. When their dog died, she organized a fundraiser for the shelter that cared for Sassy. Sassy’s Sleigh was born asking for donations of goods for the ‘No Time to Spare Animal Rescue and Sanctuary.’ For the last two years, truckloads of goods have been delivered to them. This project will continue with the love of her family.

Having been raised in faith plus living in the Bible belt, in her late 30s, Gretchen embraced her faith with a passion. In June, she chose to be baptized again with a full immersion service at her joy-filled parish, Two Rivers Church in O’Fallon. Her belief, trust, and reliance in God created an outspoken, real-life apostle of Christ here on Earth. When her journey began with cancer, she published on Facebook, on a regular basis, her experiences and trust that God was holding her in His hands. This faith never wavered.

Gretchen is survived by her beloved husband, David; their son, Beau and their daughter, Jaqueline of Foristell; her parents, Kathy (nee Thurston) and Bill Thurnau of Foristell, MO and Bass Harbor, ME; her brother, Bill and her nephew, Caleb of Easton, PA; and her godparents Barbara and Carl Thurnau of Burnt Hills, NY. Also surviving are her father-in-law and his wife, Ken and Brenda Niemann of St. Louis, MO; her brothers-in-law, Darin and Brandon Niemann; her niece and nephew, Jennifer (Michael) Estes and Jaxson Niemann; and her great-niece and nephew, Wyatt and Everleigh Estes. She was preceded in death by her mother-in-law, Diane Stout.

In lieu of flowers, Gretchen would be honored with donations to be made to Red Slipper Warrior Project or No Time to Spare Animal Rescue and Sanctuary.

Additionally, a memorial service will be held in October for her birthday in Bass Harbor, Maine.