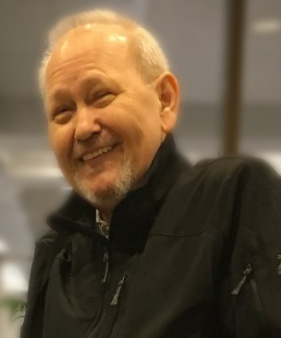 Gregory A. Davis, of Ellisville, Missouri, passed away Tuesday, May 10, 2022 at the age of 71. Loving husband of the late Sharon Davis; beloved son of the late Bernice and Robert Coleman; devoted father of Candice (Robert) Davis-Olson; cherished grandfather of Austin Jacob Davis-Olson; dear brother of Diane (Gregory) Bales and Christine (Michael) Elliott; dear uncle to many nieces and nephews and friend to many. Gregory was also preceded in death by his infant twin grandsons, Austin and Jacob Davis-Olson, and his brother, Roy Davis.

Gregory was an engineer who completed every project to perfection, and he built everything himself. He also built a 67’ Shelby Cobra on his own, which took him just about 20 years to get it to his standards. He loved cars, and also owned two Lotuses and a Porsche before devoting his time to the Cobra. As an engineer and movie enthusiast, Gregory built the original Movie Machine which rented out VHS tapes, and they were located in Florissant, Collinsville, and Dallas, TX.

Gregory was energetic and active and had many hobbies throughout his life. He enjoyed bicycling, so he built his own bicycle, and it was so lightweight you could pick it up with one hand. He loved working with his hands and created a slot car racetrack in his basement, and it had such precise detail right down to the people in the stands.  He also liked being outdoors and took up photography to capture the images that fascinated him. And, he was such a perfectionist with editing the photos that it was sometimes rare to receive them from him.

Family meant everything to Gregory, and in his younger years, he loved to go camping with his family at Mark Twain Lake, and fishing at the lake with his brother, Roy. He was also an avid St. Louis Blues and Cardinals fan and enjoyed watching games on TV with his family and friends.

Gregory was dearly loved and will be greatly missed by all who knew him. Memorial contributions may be made in Gregory's name to American Lung Association.

To order memorial trees or send flowers to the family in memory of Gregory A. Davis, please visit our flower store.