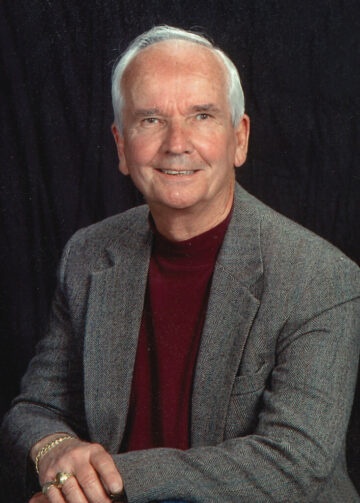 Glenn proudly served his country in the United States Navy. He was a member of Dardenne Presbyterian Church and the American Legion. Glenn worked in quality control at McDonnell-Douglas for nearly 40 years before retiring. He liked to spend time volunteering at Dardenne Presbyterian Church. Glenn loved to go square dancing and work on detailed needlework. In his later years, Glenn developed a great love for reading. Glenn was dearly loved and will be greatly missed by all who knew him.

Memorials may be made in Glenn's name to the donor's choice.

Baue Funeral Homes is currently following CDC recommendations regarding mask and social distancing policies.
To order memorial trees or send flowers to the family in memory of Glenn A. Bowers, please visit our flower store.