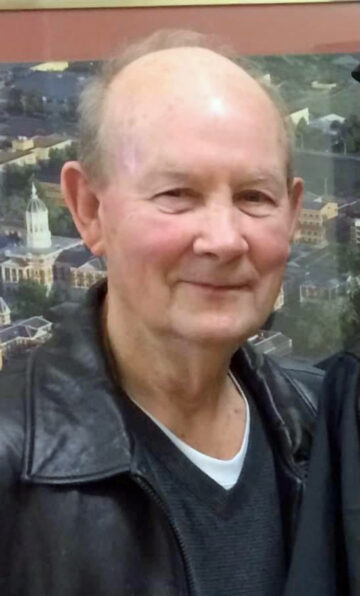 George Allen Fitts, of Saint Charles, MO passed away Saturday, April 2, 2022 at the age of 89 years. Born on June 13, 1932 to Emmett and Pearl Fitts in Hardin, Illinois and preceded in death by nine siblings.

On December 8, 1956, George was united in marriage with Norma Monday in Hernando Mississippi and celebrated over 65 wedded years. He always said “she was the best thing that ever happened to me.”

George served four years during the Korean War in the Navy during 1951-1955 and was a lifetime member of the VFW and American Legion.  He worked for McDonnell-Douglas as a machinist retiring after 37 years to thoroughly enjoy retirement traveling, dancing, and “shooting the breeze” with his many friends.

He liked working outdoors and spent many hours at the acreage in Shamrock, Missouri cutting firewood, keeping the property in good condition, tending the horses and enjoying the solitude.

George always said he was blessed with his family, kids, and that God was good to him.

Memorial contributions may be made in George's name to  SSM Hospice or Five Acres Animal Shelter.
To order memorial trees or send flowers to the family in memory of George Allen Fitts, please visit our flower store.