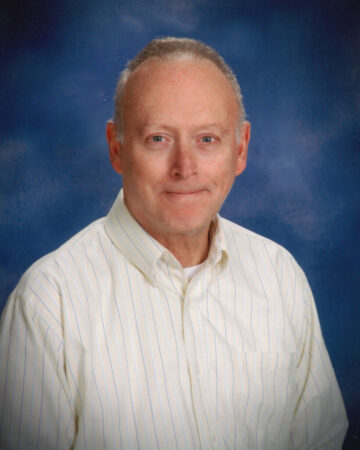 George proudly served 27 years in the military, including the United States Navy, the Naval Reserves, and the Air National Guard. George received several awards, including the National Defense Service Medal, the Naval Reserve Meritorious Service Medal, and the Armed Forces Reserve Medal. While George was in the military, he did several jobs as a taxi driver and school bus driver until he found the job he truly enjoyed and ultimately retired from. He worked at MO Air National Guard at Lambert IAP, 131st Civil Engineering as a plumber, and made several friends throughout his years at the base. George was a faithful member of Atonement Lutheran Church for over 50 years.

He was an avid St. Louis Cardinals fan and enjoyed watching anything regarding America and military themes. His favorite movies though were Old Country Westerns that starred his favorite actor, John Wayne. George enjoyed spending time with his family, especially with his grandchildren. One of George’s favorite pastimes was taking his granddaughters (Kalynn and Savannah) on weekly lunch dates to Steak ‘n Shake. He was dearly loved, cherished, and will be greatly missed by all who knew him.

In lieu of flowers, memorial contributions may be made in George’s name to Dementia Society of America.

Baue Funeral Homes is currently following CDC recommendations regarding mask and social distancing policies.
To order memorial trees or send flowers to the family in memory of George A. Dwight Seaman, please visit our flower store.