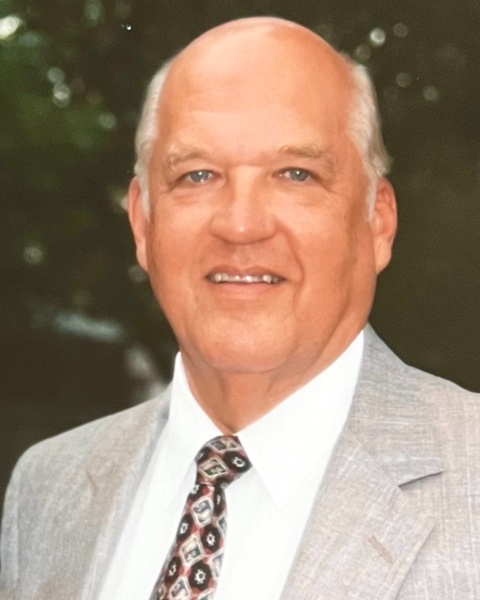 Gene A. Kuhlmann of St. Charles, Missouri, passed away on Wednesday, September 28, 2022, at the age of 90. Gene was the beloved husband of Norma (nee Weyrauch) Kuhlmann; cherished son of the late Joseph and Philippine (nee Boenker) Kuhlmann; beloved father of Lisa (Mike) O’Brien, Gary (Cynthia) Kuhlmann, and Brian (Christina) Kuhlmann; a proud and loving grandfather to Elizabeth Kuhlmann, Emily Kuhlmann, Joseph Kuhlmann, and Sarah Kuhlmann; and dear brother and brother-in-law to the late Harold and Edna Kuhlmann, the late Ralph and Ann Kuhlmann, and the late Roger and Jane Kuhlmann.

Gene was married to the love of his life, Norma, for 65 years.  He loved attending the athletic events, music and drama performances, and dance recitals of his children and grandchildren, and he never missed an opportunity to spend time with them.  He enthusiastically joined in whatever interest or hobby his children and grandchildren had, no matter how varied they were.

Gene proudly and honorably served his country in the U.S. Army in Korea.  After his service, he had a successful and rewarding career of over 35 years at McDonnell-Douglas / Boeing.

Gene loved to travel, and he visited all 50 states – many of which he did with Norma and the kids crammed into the family station wagon. He especially enjoyed vacationing at the beach, having wine on the patio with the neighbors (the “Crabgrass Association”), playing cards and horseshoes at “the Club” on the Mississippi River, and spending time in the outdoors (or as he called it “tromping in the woods”).

Gene enjoyed volunteering with the Boy Scouts of America, serving on numerous Troop Committees, in the Commissioner’s Office, and spending many nights camping and many miles hiking.  He was proud of his Eagle Scouts – both sons and his grandson.

Gene was a devoted member of Immanuel Lutheran Church in St. Charles, and he spent his retirement years serving others by volunteering at the Church with The Nehemiah’s.

Gene was dearly loved by his friends and family, admired by many, and will be greatly missed by all who knew him.

Memorials may be made to the Alzheimer’s Association or to Immanuel Lutheran Church.