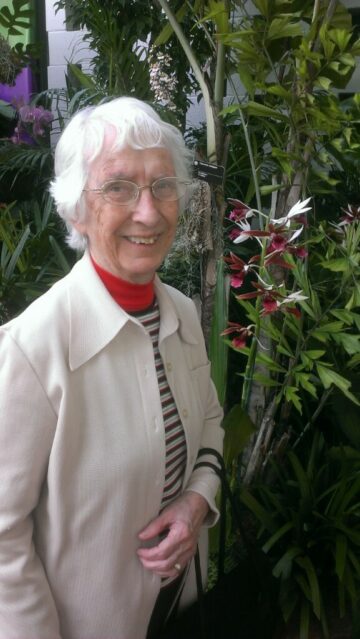 Florence Rottjakob (nee Contreras), passed away at her home in O’Fallon, Missouri at the age of 92 on June 3, 2022. She was born to Laureano and Agripina Contreras in Scholle, New Mexico on April 15, 1930. She grew up surrounded by 6 siblings; Luvin (rip), Virginia (rip), Eloy (rip), Viviana (rip), Larry (rip) and Ernestine.

Florence met Robert (Bob) Rottjakob in 1952 while serving in the Navy at Treasure Island in San Francisco, California. They were married in 1955 and raised three children; Stephen (Patti), Janet and Ron in St. Louis Missouri.

Florence discovered a passion for teaching and while raising her children she completed her bachelor’s degree in Education at U.M.S.L. She taught Spanish at Vianney High School and later at Hazelwood West High School where her students fondly referred to her as “Señora Rottjakob.”

Florence was a beloved “Nana” to her granddaughters Nicole and Taylor. She was preceded in death by her husband Bob and her son Ron. She now joins them in heaven.

There will be a celebration of life service held in the Fall of 2022 at her parish, Immaculate Conception Church of Dardenne.
To order memorial trees or send flowers to the family in memory of Florence Rottjakob, please visit our flower store.