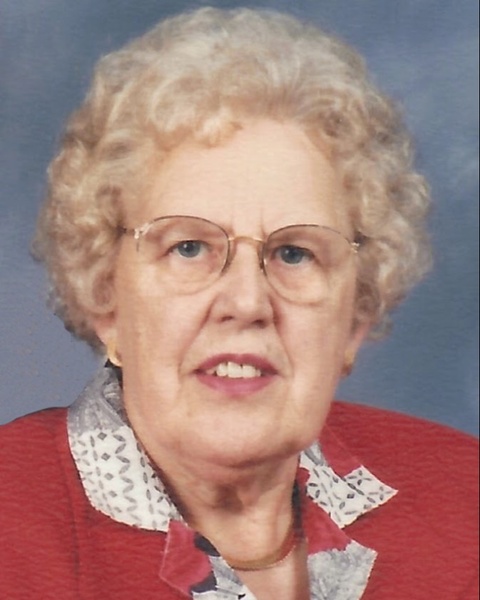 Erma A. Hallemeier (nee Leimkuehler) of St Charles, MO, died on Sunday, September 18, 2022, at the age of 97.  She was preceded in death by her loving husband, Robert "Bob" Hallemeier; dear daughter of the late Edward and Emma Leimkuehler; devoted mother of Cheryl (James) Skiles, Paul (Jaymie) Hallemeier, and Kathy (Jan) Recker; cherished grandmother of Garrett (Brandi) Hallemeier, Timothy Hallemeier, Paige Hallemeier, Tyler (Taylor) Recker, Emily Recker, and great-grandchildren Cora and Robbie Hallemeier; dear sister of Dorothy Hallemeier, Gilbert (Janet) Leimkuehler, and the late Kathleen Wilke. She was also loved by her many nieces and nephews.  Erma was a member of Immanuel Lutheran Church in St. Charles and enjoyed being a part of Evening Guild.  She enjoyed gardening, needlecrafts and spending time with her family.

Memorials may be made to Immanuel Lutheran Church or School of St Charles, MO, the Macular Degeneration Association, or a charity of the donor's choice.

To order memorial trees or send flowers to the family in memory of Erma Alma Helena Hallemeier, please visit our flower store.