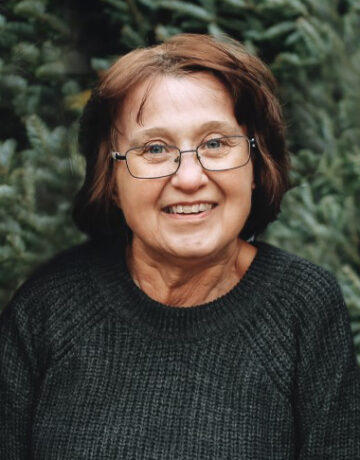 Eloise A. Nilges, of Glen Ellyn, IL, passed away peacefully in the early morning hours of Tuesday, November 16, 2021, at the age of 72 with her daughter and son in-law by her side. After being diagnosed with ALS in December of 2018, she fought bravely and fiercely for almost three years, but ALS ultimately proved too much even for her incredible spirit. Eloise was the wife of the late Jon Peter Nilges; cherished daughter of the late Albert Baker and Irene Chase. Devoted mother of Terri (Matt) Gavronski; loving Grandma Weezie of Bennett Gavronski and Sydney Gavronski; dear sister of Tom Baker, Marcella McKinney, and the late Nickie Richards.

Eloise had a pure heart full of faith and love. She loved and cared deeply for her family, friends and her sweet dogs. Anyone that knew her felt her love and kindness.

Eloise was strong in her faith and active in her home parish of All Saints in St. Peters, Missouri throughout the years. She was a Eucharistic Minister and a CRHP member. After moving to Glen Ellyn, Illinois to live with her daughter and her family following the ALS diagnosis, Eloise attended church at St. Petronille Parish.

She was very active in the dog agility and obedience community for over 10 years. Starting with her dog Sadie, who’s now an angel dog, and later with her Australian Shepherds Lily & Ripley. While still living in Missouri, she trained at Westinn Kennels and made close friendships within that community. She competed in agility trials multiple times a year, earning several titles and awards with her loving dogs. She bravely continued to participate in Chicago–area agility trials until she was no longer able.

Eloise and her daughter, Terri formed Weezie’s Warriors in 2019 to raise funds and spread ALS awareness by participating in the annual Les Turner ALS Foundation Walk for Life. Eloise’s inspirational story was featured during the Les Turner Virtual ALS Walk for Life in 2020. Over the past three years, thanks to the generous support of Eloise’s family and friends, Weezie’s Warriors has provided substantial support to the mission of the Les Turner ALS Foundation, which includes funding ALS research and helping fellow ALS families battling the disease.

While Eloise was active within her community, she was most passionate about being a loving mother to Terri, and an amazing Grandma Weezie to her two beloved grandkids. Eloise was dearly loved and will be greatly missed by all who knew her.

The family would like to thank all of their loving friends and family, who supported her and us with visits, calls, cards, and emails. It meant so much to Eloise and all of us. We love & appreciate all of Weezie’s Warriors. We are grateful for our Les Turner ALS Foundation family who we would have been lost without, and are especially grateful for Eloise’s home health nurses, Hermie & Cydney, who were truly her angels and became part of our family during this heartbreaking journey.

In lieu of flowers, memorials may be made in Eloise's name to Les Turner ALS Foundation or St. Jude Children’s Research Hospital.

The family requests that masks be worn during the visitation and at mass. They also encourage guests to keep a safe 6-foot distance during these times as well.
To order memorial trees or send flowers to the family in memory of Eloise A. Nilges, please visit our flower store.