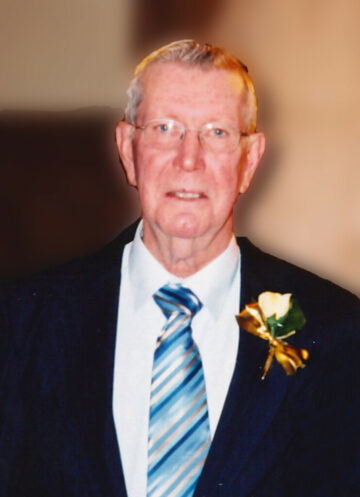 Elmer “Bim” Schaub of Saint Charles, Missouri, passed away Wednesday, October 13, 2021 at the age of 87. He was preceded in death by his parents, Elmer and Constance Schaub.

Bim was a faithful parishioner of St. Charles Borromeo Catholic Church and a member of Painters Union Local 46. He graduated from Marquette High School in Alton, Illinois and began his career as a drywall taper in 1955. He later retired from Echele Drywall. Bim was an outdoorsman who liked to spend as much time as he could fishing, hunting, and frog gigging. When his children were little, Bim felt at home out on the river and loved going boating and water skiing.

After Bim retired, he enjoyed tinkering in his basement workshop. He would try to fix anything and he was always up for a challenge. Whenever his grandchildren had a ball game or sporting event, Bim could be counted on to be there cheering for them. He will be dearly missed by all who knew and loved him.

Memorials may be made in Bim’s name to the Salvation Army, BJC Hospice - St. Peters, or masses at St. Charles Borromeo Church.
To order memorial trees or send flowers to the family in memory of Elmer “Bim” Schaub, please visit our flower store.