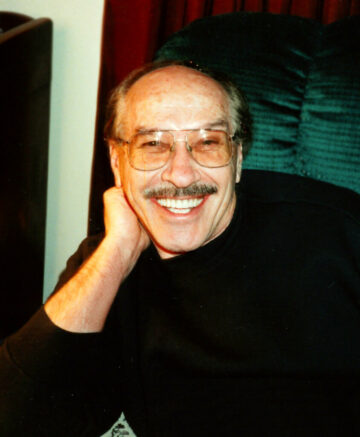 Edward Lee Vallie, of Saint Peters, MO, passed away Tuesday, December 21, 2021 at the age of 81. Ed was born in Ecorse, Michigan to Willard and Virginia Vallie. Ed was the 13th child or 14 and the last to survive.

At the age of 17 Ed enlisted in the Unites States Air Force. It was in the air force where Ed discovered his passion for aircraft maintenance. Upon his honorable discharge, Ed continues his education at Los Angeles Trade Tech. and eared his aircraft and powerplant (A&P) license.

Ed started his long rewarding career in aircraft maintenance with TWA in Los Angeles, California in 1964. Over the newt few years Ed was relocated to Indianapolis, Indiana, Columbus, Ohio, and finally was relocated to St. Louis Labert International in 1971 and eventually became an aircraft inspector. After the acquisition of the TWA by American Airline, Ed continues his career until his retirement in August 2003 with a 40-year perfect attendance award.

Edward was united in marriage to Linda Lee Hopkins on June 15, 1985 and shared 37 years of marriage. Ed is survived by his beloved wife Linda, by his 2 sons and his first wife and the mother of his sons Brenda McClure; son Patrick and his wife Leslee and son Steve and his wife Sophia, 3 granddaughters: Blair, Claire and Nora, 3 grandsons, Michael, Joachim, and Jason, and one great-grandson, Tyler; I sister-in-law Eleanor, her 2 children Dewayne Jr. and Mary Jo, a nephew Mike, a niece Deanna and a host of other relatives and friends.

Because of COVID, we decided not to have a visitation or funeral service. Ed’s immediate family will celebrate his life at a later date.
To order memorial trees or send flowers to the family in memory of Edward Lee Vallie, please visit our flower store.