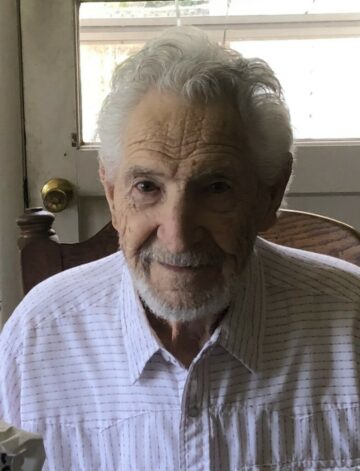 Edward was born in a one room homemade houseboat on the Black River in Northeast Arkansas in 1927 to William and Sadie Blount. The youngest of four brothers, Albert, Coland and Floyd. The family survived the depression years by hunting, fishing, trapping, dredging for mussels, raising a few hogs and chickens, picking cotton, and it was reported… some moonshining along the way. Growing up very poor and needing to work at young ages to help support the family, Edward and his three brothers were only allowed to finish the 8th grade.

After serving his country in the U.S. Army during WWII, Edward returned to Northeast Arkansas for a few years. But jobs were scarce in Northeast Arkansas and he left with just a few hundred dollars in his pocket, his 8th grade education, and a 3 year old son to find work in St. Louis. He worked an assembly line job at Brown Shoe Company for a few years until being hired on at Wagner Electric where his brother Coland worked. He spent many years at Wagner Electric working on the line. During his time at Wagner he made many friends and participated in Wagner Electric’s Bowling and Fast Pitch Softball teams.

To make a little extra money, he began taking house painting jobs for friends and acquaintances. He did such good work that soon he was being overwhelmed by the number of painting jobs that were referred to him. So he left Wagner Electric and went full time in the painting and decorating business, “Edward Blount Painting and Decorating”. He quickly learned the art of Wallpaper hanging and Aluminum Window installation, and added those services to his business.

During his time in business, he employed dozens of friends and relatives, along with his full time employees Bill Hunter and Jim Matheny. He would always give a job to those in need, family members moving to St. Louis from Arkansas could always count on having a job with “Uncle Ed” for as long as they needed it. He was a proud member of Lions Club and an active Mason for many years.

He influenced and touched too many lives to count, always there when someone needed him, and always willing to teach and share his philosophy of life. He thought that Country Music was the only music worth listening to, and his favorite song was “Satisfied Mind” because the lyrics are exactly the way he felt. He was a simple man, modest and humble, one of his favorite sayings was “It’s a luxury to have more than two pairs of shoes!” He loved to hunt, fish, shoot trap, bowl, pitch horse shoes, and most of all spending time with friends and family, he was a salt of the earth guy; a man’s man. Edward was dearly loved and will be greatly missed by all who knew him.

Memorials may be made in Edward's name to Susan G Komen.