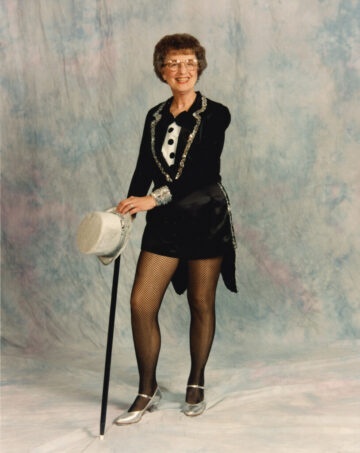 Edith Mae Duke (nee Jost), of Saint Peters, MO, passed away Saturday, June 25, 2022, at the age of 92. Beloved wife of the late Glyn Udell Duke; cherished daughter of the late Andrew A. Jost and Justine L. Staudinger. Dear sister of Betty Ann Cook and the late Arthur Jost; loving aunt of Tom Cook, Marilyn Amey, and Carolyn Cook, along with many other nieces and nephews. She was a dedicated godmother of Marilyn Amey.

Edith came into the world in a hurry, being born in a taxicab on August 4, 1929, earning the lifelong nickname, Speedy Edie. She graduated high school at the age of 16 and began work at Daybrite where she continued to work until she retired from Emerson (who acquired Daybrite) after 47 years. During the summers, weekends were spent at their club house on the Illinois River, having fun water skiing. Edith also enjoyed bowling, having several trophies to display.

After retirement, Glyn and she moved from Jennings to St. Peters and enjoyed being active members of their church, eating out, taking bus trips with the senior group and even couple of cruises. Edith enjoyed playing handbells at her church. Also, she took up tap dancing and spent several years with the Silver Steppers group having a great time.

In recent years, Edith continued to enjoy eating out and interacting with people. And while she was hesitant to initiate telephone calls, whenever anyone called her, she confessed to having diarrhea of the mouth. She definitely kept her sense of humor. She will be missed.

In lieu of flowers, donations can be made in Edith’s name to Chapel of the Cross or a charity of your choice.
To order memorial trees or send flowers to the family in memory of Edith Duke, please visit our flower store.