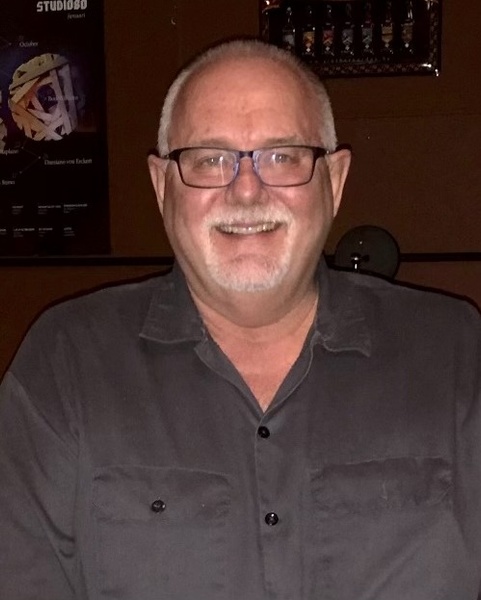 Douglas Lee Fowler, of Saint Louis,MO, passed away Tuesday, September 27, 2022 in Chesterfield, MO at the age of 67.  Doug was born February 10, 1955 in Poplar Bluff, MO to the late Miles Leon and Martha Frances Griffin Fowler.

Doug graduated from Poplar Bluff High School in 1973.  Doug proudly and honorably served in the United States Marine Corps; he was a Corporal Marine and Field Radio Operator at Camp Lejeune and a Radio Chief for Embassy Evacuation Team Mediterranean at 34th Marine Amphibious Unit in Italy.  He graduated from Southeast Missouri State University in 1985 with two degrees; Bachelor of General Studies, and Bachelor of Science.

Doug was the proud owner of Fowler Audio Service where he provided concert sound engineering for Ultra Music Festivals and touring artists including B.B. King.  Doug joined the audio team for Saint Louis Symphony Orchestra in 2015.  In 2016 he opened “Thurman’s in Shaw”, and featured live music with local St. Louis jazz artists.

He loved traveling, especially to Amsterdam, and backpacking around Europe. Doug played bass in the band “Swinging Love Corpses” with his friends.  Doug was known for his great sense of humor. He was dearly loved and will be greatly missed by all who knew him.

Memorials may be made in Doug's name to Toys for Tots.

Please meet at Sylvan Springs for procession to Jefferson Barracks.