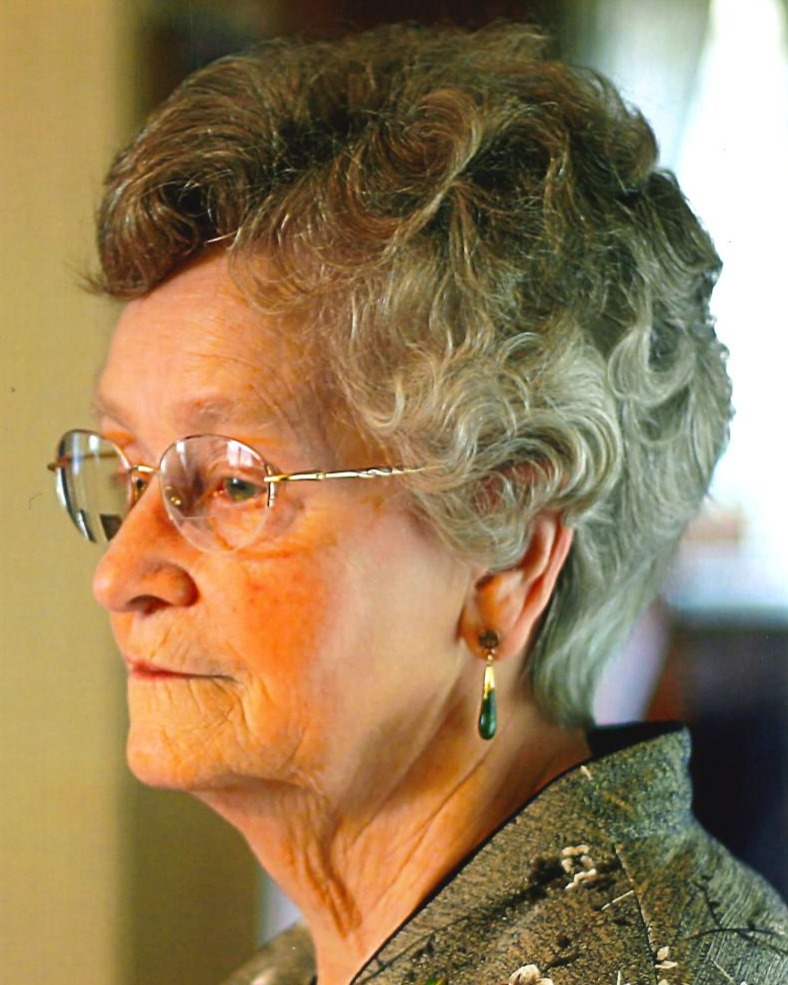 Dorothy Coleen Brinkmann (nee Noah) is a great example of a life well lived! She was born August 19th 1927 to Coolie L. Noah and Cora Lee (Walton) Noah. She and her five siblings lived in a house on Beard Street off North Second Street in St. Charles. One of her first memories was when the family moved to a farm in the county off Missouri Bottom Road when she was five years old. She thoroughly loved life on the farm where she helped her mother in the large garden and with the canning and preserving, milked their jersey cow with her dad, took turns with her siblings churning the ice cream maker for fresh ice cream on the front porch and enjoyed sledding the snow-covered hills in the winter using her mother's granite dish pan.

The first school she attended was the Bel Air School and later she attended Lincoln School. Dorothy and her siblings would walk miles to school each day through pastures carrying their lunch pails to the one room school where the boys loaded up a wood burning stove to keep them warm during the winter months.

She was fiercely independent and known her entire life to be an extremely hard worker. On her sixteenth birthday she went down to the Wood Heel Plant, got a job, and worked half a day all in the same day. During World War II she worked on radio parts in a soldering plant, where if asked what they were doing she was to tell them they were making black-out britches for lightning bugs. She continued her career at Boeing working for 21 years as a Blueprint Clerk. Later in her life she earned her High School degree.

While sitting on a swing she saw a handsome man in uniform just back from the war walking across the field and she whistled at him. This man was Kermit Brinkmann, and they were married at Immanuel Lutheran Church on June 18th 1949.

Dorothy and Kermit raised five children and were married for 50 years. They enjoyed trips to their country property on the Cuivre River, known as The Club, where they would load up the kids and spend weeks at a time in the summer.

Kermit was a lifelong member and leader of the Boy Scouts and Dorothy was by his side for 31 years involved in all activities. She proudly watched her four sons and two grandsons earn their Eagle Awards and the tradition is continuing in her great grandsons. Dorothy was an avid gardener where she grew vegetables for the family and tended to beautiful flowers throughout their property. She passed this knowledge down to her daughter, sons and grandchildren. She also enjoyed embroidery, crocheting, coloring and her St. Louis Cardinals, always tuning into the games on tv. She was a devout member of Immanuel Lutheran Church where she was active in Bible Study, Mother's Club, Garden Club, Adult Choir and Pop Choir. She took pleasure in cooking delicious meals for special holidays, and for the Brinkmann's they are all special. Dorothy was known for her beautiful hams and specifically for the most fabulous tasting deviled eggs.

Though her dear husband Kermit passed in 1999 she stayed active in her community going on many trips with the Parks Board. Dorothy lived independently in her villa until she was 90 and sent texts each morning to her children to wish them a Good Morning.

Memorials may be made in Dorothy's name to Immanuel Lutheran Church, St. Charles, MO.

To order memorial trees or send flowers to the family in memory of Dorothy Coleen Brinkmann, please visit our flower store.