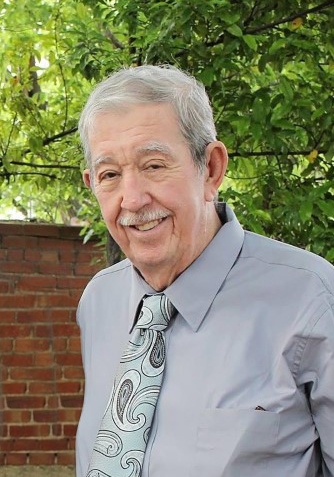 Our cherished father, brother, grandfather and uncle Donald Gene Boulch of O’Fallon, Missouri passed away Saturday, April 2, 2022 after a brief battle with Covid.

Don was born on May 18, 1937 in St. Louis, Missouri to his parents the late Leslie and Delphia Boulch.  He was the oldest of two children.

The summer of 1955 Don met the love of his life, Carol Gene Essary and they were joyfully married April 14, 1956. Don and Carol spent almost 63 years together, until Carol passed away in April 2018.

Don and Carol purchased their first home in Maryland Heights and started their family with two of three children. While living in Maryland Heights, Don began his career working for Gaylord Container and served in the Air Force National Guard (he was called up overseas during the Vietnam War).  Upon his return from service, Don and Carol soon welcomed their third child and he returned to work at Gaylord Container, where he ultimately retired in 1992.

Don and Carol enjoyed many years traveling around the world.  They both loved camping with their best friends Ted and Dot Smith.  Don loved to fish and even belonged to the Lunker Club at Bennett Springs State Park.  As their three children grew and started lives of their own, Don and Carol built a home on Lake of the Ozarks.  Over the years on Lake of the Ozarks, Don and Carol watched their family multiply into six grandchildren and much later, three great grandchildren!

Don and Carol found many fun ways to earn money and do something they loved together - by selling kettle corn and lemonade at festivals and fairs across four states.  They traveled south for many winters in their RV and made friends everywhere.

Don was a Christian and loved going to church and having the fellowship of other believers. After Carol passed, he often spoke of waltzing across heaven with her one day soon.  We believe that today they are sharing that dance!

On behalf of Donald's beloved, memorial contributions may be made to the Alzheimer's Association.
To order memorial trees or send flowers to the family in memory of Donald G. Boulch, please visit our flower store.