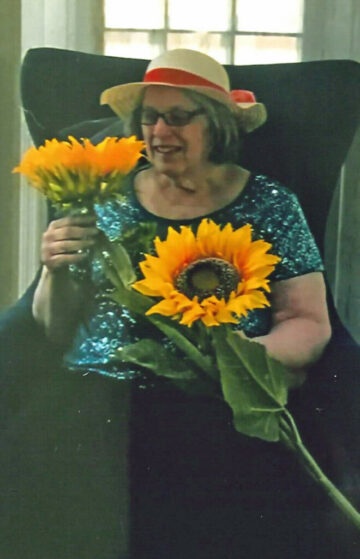 Diane Sue Wanamaker Willard of Lake Saint Louis, Missouri died on June 2, 2022, after a long battle with Lewy Body Dementia. She is survived by her husband of over 56-year David Willard, a son Nathan, a daughter Rebecca Jose [Harish], three grandchildren Zachary, Annie, and Audrey, and a sister Janis Cole [Bob], two brothers-in-law Roy Willard and Robert Willard [Mary Pearson], two sisters-in-law Peggy Schneider and Patty Gilligan [Fred], and numerous nieces and nephews. She was preceded in death by her parents Dale and Betty Wanamaker.

She was a graduate of the Kansas State Teacher's College in Emporia, Kansas [now Emporia State University] and earned a bachelor's and a master's degree in elementary education. Diane served as a first and a third-grade teacher teaching a total of thirty-six and one-half years, first in Olathe, Kansas and then the Parkway School District of Saint Louis County at Hanna Woods Elementary School.

Following retirement from the Parkway School District Diane served as a CASA volunteer and a Stephen Minister.