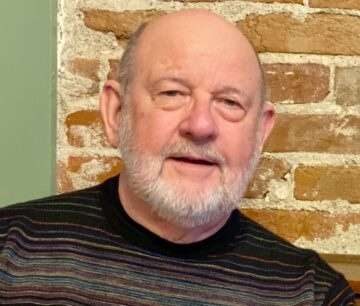 Dennis was born and raised in East Prairie, Missouri where he was active in his community and church. In high school, Dennis was an offensive lineman on the football team and played the drums in the high school band.

Dennis graduated from Memphis State University and the Dental School at the University of Tennessee in Memphis. After graduating, he began a long and successful career in dentistry.

Dennis loved traveling and studying about other customs and cultures. He was fond of learning foreign languages. Two of his favorite places were Sanibel Island, Florida and Vancouver, British Columbia, Canada.

Dennis's favorite pastime was reading and writing. He would read several books at the same time and could be found sitting by the fire with a stack of books on one side and a notepad filled with thoughts and ideas on the other. He published a novel, Promises, in 2015 about his parent’s lives during the Great Depression and World War II.

He is survived by his wife of 47 years, Debra Rowe, eldest son Jeffrey (Victoria), middle son Jonathan (Lynn), and youngest son Aaron (Jessica). He has 6 grandchildren, Blaney, Hunter, Eli, Jack, Vivian, and Lindy. He is preceded in death by his mother, Emma Jo, and his father Ray.

A private family service was held on February 19, 2022. You may make a donation to the Tunnel to Towers Foundation (t2t.org) or a charity of your choice in lieu of flowers.

To order memorial trees or send flowers to the family in memory of Dennis Rowe, please visit our flower store.