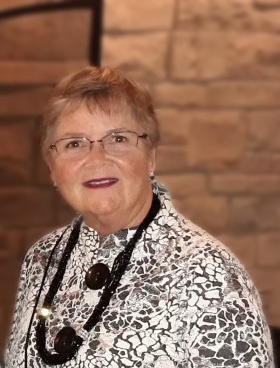 Debbie met the love of her life, Dave, through a cousin, who knew they were just right for each other. On their first date they went to the movies then had dessert at Cyrano’s in St. Louis, where her love of Dave, and desserts, began. They married on June 8, 1974 and moved to San Francisco where Dave was stationed in the Army.  Early in their marriage, Debbie’s love of animals began with cats and then her love of dogs came later. As their marriage blossomed, so did her affection for animals. Debbie had many pets throughout the years, and she also developed a passion for riding horses. Debbie and Dave enjoyed camping, riding on their motorcycle together, boating and traveling.

Debbie spent nearly 40 years in healthcare, starting as a nursing assistant, then becoming a Registered Nurse in 1979, working in women’s health. In 1992 she became a Nurse Practitioner, still focused on women’s health, which evolved into a clinical research position. She spent 15 years monitoring clinical drug trials. She retired in 2014 but didn’t stop working. She volunteered with various committees within the Lake Ozark city government.  She loved helping and caring for others, and she made a lot of friends through the years. She was also the “Go-To Nurse” in the family, of course. Debbie assisted in the care of her elderly family members, even through the tough times of her illness.

Debbie was always up for an adventure. She looked forward to family vacations every year and traveling throughout the U.S. and to Florida for Cardinals Spring training. Shopping was also a favorite activity with her daughter, mother, grandmother, sister, and friends; her motto, “Shop till you drop.” She was a social butterfly and liked going to dinner with family and friends and listening to live music. Some of her favorite restaurants at the Lake include Baxter’s, Bentley’s, JB Hooks, and Bear Creek.

More than anything, Debbie loved spending time with her family.  She spent a lot of time on baseball fields watching her son play throughout the years.  She loved holidays and was known for her decorating every holiday big or small, especially at Christmastime.  Nothing too small, and she made everything just magical. Debbie baked cookies every year and delivered them to family, friends, and neighbors, which was a tradition passed down from her mother and grandmother.

Debbie was very meticulous and did everything with much detail; nothing halfway.  From birthdays to wedding planning, she made sure everything was stunning.  She was a very good cook, and always the hostess with the mostess. She made great desserts, including pumpkin pie, berry & peach cobbler, and everything was made with her special touch and love, and she displayed everything so beautifully.

As an avid nature lover, Debbie enjoyed gardening and planting flowers. She loved watching the birds and always knew the exact seed for each bird. She was incredibly smart, was a good writer, and always had just the right thing to say. Debbie was dearly loved and will be greatly missed by all who knew her.

In lieu of flowers, memorial contributions may be made in Debbie’s honor to Multiple Myeloma Foundation or Ellis Fischel Cancer Center.

To order memorial trees or send flowers to the family in memory of Debra "Debbie" Chaney, please visit our flower store.