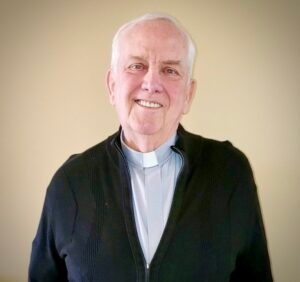 Richard is preceded in death by his parents, Garland Moore and Joan Moore-Schoen, his sister, Lisa Marie Moore and his sister-in-law, Mary Ann DeClue.

Dick was a Fire Sales Representative for the Leo M. Ellebracht Company beginning in 1968 until he retired in 2012. Dick was ordained by Archbishop Raymond Burke as a Permanent Deacon of the Archdiocese of St. Louis, Missouri in 2004. He was a member of St. Gianna Catholic Church and formerly of St. Patrick Catholic Church Wentzville where he served as a Deacon for both parishes. He went on to retire as a Deacon on December 01, 2017.

Dick was devoted and loving to his family; they meant everything to him. He willingly gave up his time and self to help others whenever he could. He was a selfless, kind and caring man. Dick was a true servant to God and will be greatly missed by all who knew and loved him.