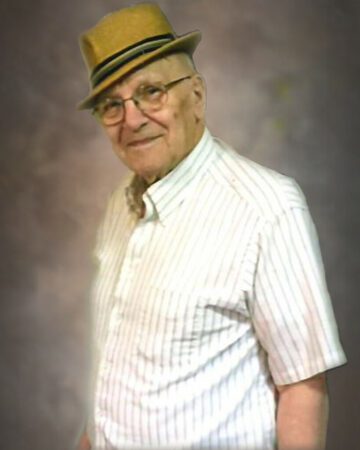 David proudly served in the United States Army during the Korean War. He retired from McDonnell Douglas/Boeing after more than 25 years as an engineer.

David loved the outdoors and often went fishing and hunting on his friend’s farm in Owensville, Missouri. They also built a cabin alongside the Meramec River, where they could go just hang out and do some fishing. He also looked forward to tending to his roses, peonies, and flower beds every year.

David married the love of his life, Willa, and he was her devoted Knight in Shining Armor for 68 years. Together they enjoyed their daily walks around South County Mall, which was about 3 miles per day. They liked watching horse races, golf, and western movies on TV. And, they became “vegetarians” together so they could live a healthier lifestyle. However, Willa said, if it could fly or swim, they would still eat it!

David was dearly loved and will be greatly missed by all who knew him. Memorials may be made in David's name to St. Peter and Paul Food Bank.