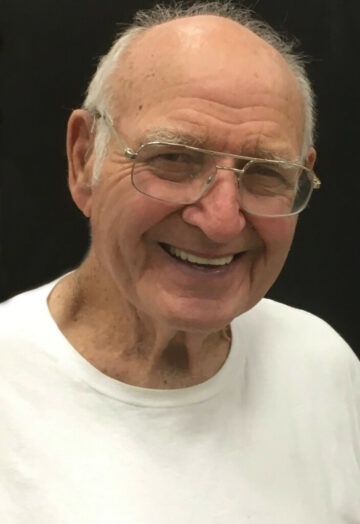 Dave was born and raised in Webster Groves Missouri. An avid outdoorsman who enjoyed passing on his knowledge.  By trade, a carpenter and home builder who contributed to the development of St. Charles County.  He was an integral member and contributor to The Bench Rest Rifle Club of St. Louis.  A “Recognition Match” was held in his name on Feb. 26, 2017.  Rounding out his career he owned and operated a custom woodworking shop.

Upon his retirement at the age of 68 he took up weight lifting with a passion like you’ve never seen.  With his personal friend/trainer Officer Bob Schoonover he went on to win many State Championships. To name a few, USA Powerlifting national records for squat, bench and deadlift by the age of 79 years old. Ran his first 5K Run when he was 76 years old.

To him age really was just a number.  Another regular activity was Sunday night dancing to county music with his wife Eula. Dave and Eula celebrated their 70th wedding anniversary this year.

Dave was known among his family and friends by his white t-shirts that he wore, always.  When Dave realized he was only seeing his old friends at funerals, for the next 10 years, he hosted an annual country dance and pig roast each summer to ensure that he, his friends and family stayed connected with each other.

Dave was very much alive in his life.  He closed out his life with his family at his side.

He is deeply loved and will be missed by all who knew him.  In lieu of flowers, Donations may be made in name of Dave Quevreaux to Cardinal Glennon Children’s Foundation, 3800 Park Ave., St. Louis, Mo. 63110

Services: The family is being served by Baue Funeral and Memorial Center, 3950 West Clay Street, St. Charles, MO
To order memorial trees or send flowers to the family in memory of David E. Quevreaux, please visit our flower store.