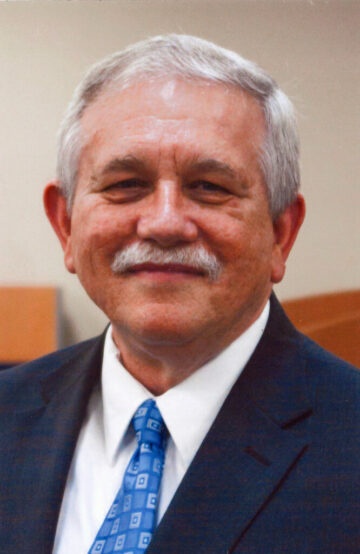 David “Dave” Kutchback, of St. Charles, MO, passed away peacefully at home surrounded by family on Friday, February 25, 2022, at the age of 70. His battle with cancer in recent years showed his courage in facing life’s challenges with a smile. Despite the pain and his original prognosis of only six months left to live, David came out a hero and stayed strong two and a half years longer.

Dave earned a Bachelor of Science in special education with emphasis in severe disabilities from the University of Missouri-Columbia. Dave went on to achieve tremendous success during his more than 40-year career with both MERS and MERS Missouri Goodwill, making an incredible mark on who MERS Goodwill is today.

He began his career in 1978 as a placement counselor with Metropolitan Employment Rehabilitation Service (MERS), and also served as director of MERS’ Injured Workers Program and Head Trauma Rehabilitation Program.

David was one of a kind and impacted everyone he met in such a special way. He was genuine, patient, hardworking, selfless and truly an inspiration. His passion and integrity for those he loved was unwavering. Dave is now at peace with our Heavenly Father and will be greatly missed until we are reunited again.

After the service, we will proceed to St. Charles Borromeo Cemetery. Following the burial, the family invites all to a luncheon.

Memorials may be made in David’s name to Birthright of St. Charles, St. Vincent De Paul of St. Charles Borromeo, or to Father Bob Gettinger.
To order memorial trees or send flowers to the family in memory of David “Dave” Kutchback, please visit our flower store.