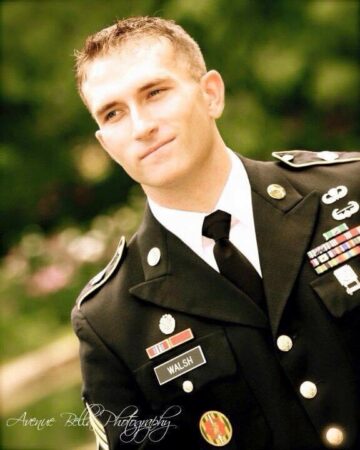 Craig proudly served in the United States Army for nine years as a Military Police Sergeant and served in the Iraq War. He competed in the MP Regiment’s Warfighter Competition where his team placed third out of 29 teams. Craig was also a member of the 978th MP Company’s Bataan Death March Team at Fort Bliss, Texas. As well as being an Executive Assistant to the Regimental Command Sergeant Major and a Non-Lethal Weapon Instructor Trainer, Craig graduated from American Military University with a bachelor’s degree of arts and science in psychology. He was an Integrative Nutrition Health Coach at Warrior Health. Craig loved Colorado and the mountains, and he wanted to eventually move there permanently. He enjoyed bike riding, hiking, floating, fitness and competing in the Tough Mudder Competitions. He was a huge St. Louis Cardinals and St. Louis Blues fan. Craig was dearly loved and will be greatly missed by all who knew him.

In lieu of flowers, memorials may be made in Craig's name to Mission 22.


To order memorial trees or send flowers to the family in memory of Craig Walsh, please visit our flower store.