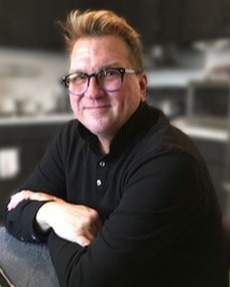 Chris graduated from St. Charles West High School in St. Charles, MO in 1984. He loved playing the saxophone and was a proud member of the St. Charles West High School Jazz and Marching Bands. Over the course of his life held many exciting positions. He was a Flight Attendant for TWA which fed his love of travel and gave him the opportunity to travel all over the US as well Europe and the Middle East. Following TWA, he worked for 20+ years at Edward Jones first as a Senior Training Specialist and then as a Branch Office Administrator.

Chris was a larger than life personality with a quirky sense of humor and wore his heart on his sleeve. To the exasperation of his family, he watched way too many bad re-runs such as the Golden Girls, Green Acres and I dream of Jeannie. He had a love for musicals such as Hello Dolly and West Side Story.

Chris is survived by his mother Patricia J. Miller and his sisters, Debra (Randy) Basye and Tricia Miller and his Aunts Judy (Alexander “Ike”) Gromowsky, Peggy (Joseph) McCraith, Vicki (Larry) Tischer. He was preceded in death by his beloved dog Sam, his father Jerry Miller, his maternal grandparents Paul and Opal Choate, his Uncle, David Choate and countless other loved ones.

Per Christopher’s request, services will be private with immediate family only.

To order memorial trees or send flowers to the family in memory of Christopher Miller, please visit our flower store.