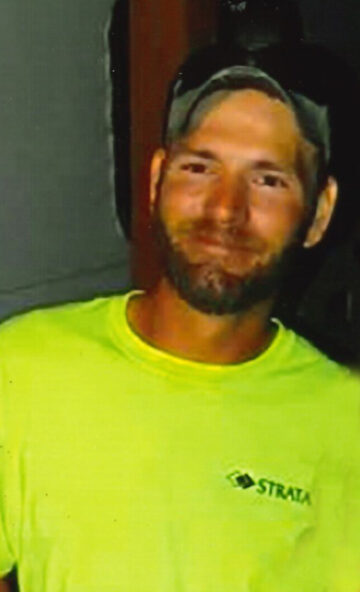 Christopher E. Tuepker of Saint Peters, MO, passed away Wednesday, September 29, 2021 at the age of 33. He was preceded in death by his grandparents, Melvin Tuepker, Viola Silver, Edward (Wilma) Buchanan, and his brother-in-law Robert Watson, and his uncles, Roger and James Tuepker.

Christopher grew up in St. Peters and graduated from Francis Howell Central High School. After high school, Christopher enlisted in the Marines after some persuasion from his younger sister. He served his country for five years, including two tours in Iraq and one in Afghanistan. Christopher was based in Hawaii and loved living near the beach.

Growing up, it was a busy home for Christopher as one of nine children plus cats, dogs, birds, and many other pets. He was the “baby” of the family’s seven boys. For fun, Christopher loved to spend as much time as he could fishing or deer hunting and he had an obsession with new, lifted trucks. He will be dearly missed by all who knew and loved him.

Memorials may be made in Christopher's name to the Wounded Warrior Project or Help For Our Heroes.