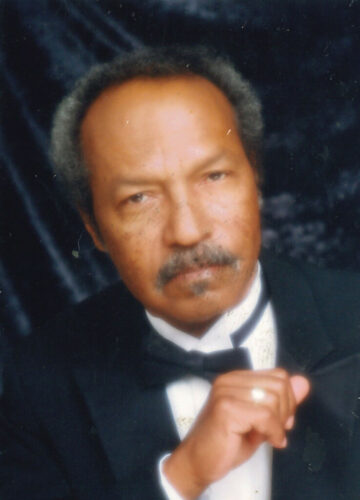 Chester Horton of O’Fallon, MO, passed away Thursday, September 30, 2021 at the age of 77. He was preceded in death by his parents, Luther and Lillie Horton.

Chester is survived by his wife, Patricia Horton; his children, John McAllister, Jason Evans, Robert Evans, Nicholas Horton, Christopher Horton, Kevin Clark, Karl Clark, Kris Clark; his numerous grandchildren; his siblings, Sidney L. (Juanita) Horton and Plummer L. (Jackie) Horton; his many nieces and nephews; and he was a cousin, uncle, brother-in-law, and friend to many.

Chester served his country in the United States Air Force from 1962 to 1985 and as a law enforcement supervisor for 12 years. After retiring from the Air Force, Chester worked within Law Enforcement as a dispatcher with the Del-Rio Police Department from 1985-1988, as a United States Border Patrol Law Enforcement Communication Assistant from 1988-2004. Later he worked as a door greeter at the Lake St. Louis Walmart from 2004-2020. All in all, Chester retired four times over the course of his life and was always a very hard worker.

For fun, Chester loved to watch western movies and could watch them all day long. He had a great sense of humor and a reputation as a jokester who always made people laugh. Chester had a warm, welcoming personality that made it so whenever he met a stranger they became fast friends. Above everything, Chester treasured his family and cherished the memories they all made together over the years. He will be dearly missed by all who knew and loved him.

Memorials may be made in Chester's name to a charity of the donor’s choice.
To order memorial trees or send flowers to the family in memory of Chester Horton, please visit our flower store.