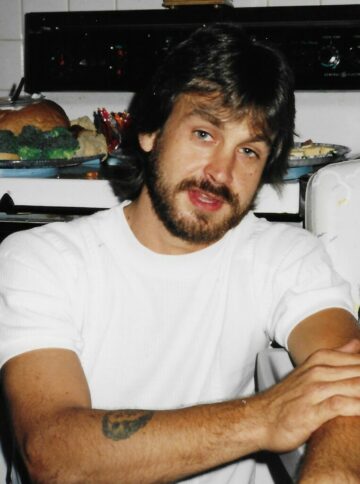 Growing up Charles moved around a lot with his father being in the U.S. Navy. The family’s final move was to St. Peters, Missouri. Charles joined the Navy in 1977 and returned with many stories and pictures of his work, travels, and places he had visited. After returning from his service in the Navy he found his career as a small engine mechanic. He was meticulous with his work and enjoyed his trade as well as the friends he made along the way. Knowing Charles meant you were never a stranger, he was always up for a conversation, storytelling, and a beer.

Chuck and Lisa met in 1982. They dated on and off for years until they married in 1989 and brought Joshua into the world. Chuck was an outstanding Dad to not only Joshua, but to his stepdaughter, Fallon. Even though Charles and Lisa’s marriage ended, they remained best friends and Charles continued his devotion to both Fallon and Joshua.

Charles was independent and lived life on his own terms. He loved the summer, going out on the river, riding his motorcycle, enjoying time with friends, his work, and his kids.

He may have left us early, but the memories will never fade, and he will be held in our hearts forever.

Memorial contributions may be made in Charles's name to your local VFW or American Legion Post.