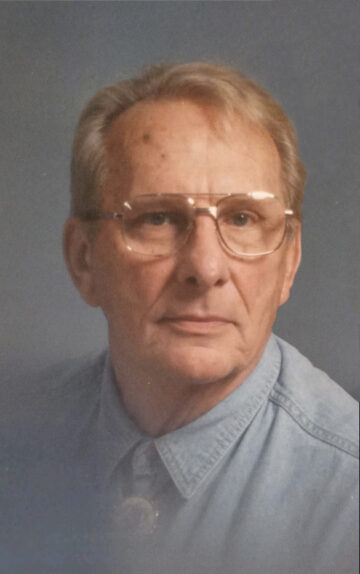 Charles was raised on a farm in St. Paul, Missouri, and was a lifelong member of St. Paul Church. As a young boy growing up, Charles learned to become an excellent hunter, student, and baseball player. During World War II, Charles proudly and honorably served in the United States Army. He was stationed in Europe with the 526th Armored Infantry Battalion. Charles was awarded three bronze battle stars, combat badge, and numerous other ribbons and medals during his deployment. He was a member of American Legion Post 388 in O'Fallon MO. Charles was a talented baseball player and was inducted into the St. Charles County Amateur Sports Hall of Fame in 2004. for having a batting average over 350. He enjoyed coaching his children's baseball and softball teams when they were growing up.

Charles retired from General Motors after 33 years of employment After retirement, Charles and Mildred loved to travel in their white van. They spent winters in Naples. Florida, where they would go to the beach, shop, golf or visit relatives. Charles cherished his time with his grandchildren and family. He was dearly loved and will be greatly missed by all who knew him.

Memorials may be made in Charles's name to St. Paul School Education Fund.