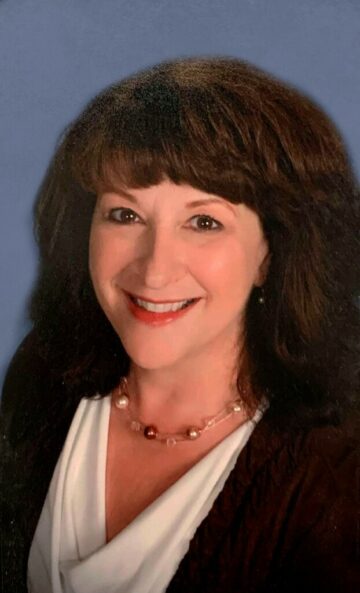 Celeste was born on November 18, 1954 to Charlotte and Everett Young in St. Louis, MO. She graduated from Berkeley High School in 1973, where she was active in sports, she played tennis and was a goalie on her soccer team. In 1974, she followed her high school sweetheart, Rex Clingan, to Pasadena, CA, where he was a student at Caltech. They married in 1976. After Rex’s graduation in 1978, they moved back to St. Louis, MO and started a family, daughters Camille in 1979 and Emily in 1982.

Celeste was a devoted young mother who stayed at home to raise her children until 1985, when she decided to enter the workforce as a production editor at Mosby publishing. In 1990, she went back to school at Maryville University receiving her associate degree in 1992. That same year, the family relocated to Louisville, CO, where she was a freelance copy editor. During her time in Louisville, CO she studied Journalism at the University of Colorado at Boulder, receiving a BSc in Journalism in 1996.

After graduation in 1996, the family relocated back to the St. Louis area, and Celeste returned to work in project management at Accu Color printing company, and finally at Elsevier Publishing Company.  She held multiple positions during her 13-year tenure at Elsevier before she retired as a Senior Project Manager, Book Production Specialist.

Celeste was a passionate gardener and grew beautiful irises, lilies, peonies, and roses.  She was very active and enjoyed playing tennis.  She loved music and entertaining her friends and family on her keyboard. When she wasn’t filling her home with warmth and kindness, she could be found in her garden tending to her flowers, and we will miss her green thumb greatly.

In her spare time, Celeste often curled up with a good book.  She also enjoyed baking wonderful treats for her family.  She was a very talented artist and photographer, and she captured some amazing images with her camera and pencils.  She also loved her dear pets over the years, especially her Pembrooke Welsh Corgi, Taffy, and her many cats she cared for; Teddy, Buddy, Princess, Pilar, Sparky, Leggs, and on and on.

The family requests that all flowers and notes for the service are sent to Baue Funeral Home, 311 Wood St, O’Fallon, MO 63366.
To order memorial trees or send flowers to the family in memory of Celeste Ann Clingan, please visit our flower store.