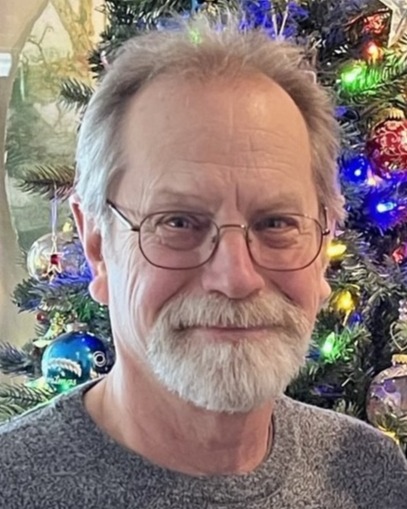 Carl D. Elsea, of St. Charles, Missouri, sadly passed away Tuesday, January 17th, 2023 at the age of 71. Carl was born to the late James R. and Lillie E. Elsea in East St. Louis, Illinois on May 27th, 1951. Carl was a loving husband of Terry Elsea for nearly 50 years; a cherished brother of John (Cathy) and Darl Elsea; a devoted father of Jennifer (Clark) Woodman and Stephanie Elsea-Trapp; a proud Grandfather of Haley (Andrew), Nina, Norah, Joaquin, Nadia, and Weston; and a dear Great-Grandfather of Serena. He was preceded in death by his brother James Thomas Elsea, his grandson Xavier Trapp, and his parents James and Lillie Elsea.

Carl grew up in a house in Saint Ann, Missouri along with his parents, his twin brother (and best friend) Darl, and older brother John. He graduated from Ritenour High School in 1969 and married his wife Terry in 1973. Together, they had two daughters, who they raised first in St. Charles and later in Chesterfield, Missouri.

From an early age, Carl loved things that were fast and loud. Fast cars. Loud music. And his main love… motorcycles (which are both fast and loud). For much of his life, Carl owned some kind of motorcycle. From his teenage years, until the day he passed, he always enjoyed getting out on the open road on his bike for some Wind Therapy (as he liked to call it). Carl relished riding with his brothers, as it always brought him a great deal of joy. Carl’s bond with both of his brothers was important to him, and the times they spent riding together were cherished ones. Carl liked his bikes like he liked his music… loud. Music was always an integral part of Carl’s life. From his lifelong love of rock & roll, to his affinity for the blues, to the sweet sounds of a great guitar player. From records to CDs to streaming music. From countless concerts in front of legendary acts, to watching concerts at home on repeat. Carl always filled his house and his life with music. Lots and lots of music. He preferred music to silence. So, he played it a lot. And he often played it loud. He shared his love of music with his family (even if they couldn’t always agree on a volume). Those who loved him will miss the roar of his bike coming down the street and long for the wailing guitar licks that he would blare throughout the house.

Carl loved being a family man. He was a gentle spirit with a kind heart, and had lots of love for everyone in his family. He was warm and affectionate, and always good for a snuggle. He adored his wife Terry and was a giving and caring husband to her for many, many years. Carl always cooked the meals, whether it was just the two of them eating dinner, or the entire family over for the holidays. Carl did the cooking. Also, strangely enough, Carl disliked cooking (with the exception of grilling and bbq). But, he loved his family more, and he loved taking care of them. So that’s what he did. Carl and Terry were a great match for each other. Carl was usually a man of few words (but strong opinions), whereas Terry is a woman of many words (and even stronger opinions). Together, as a couple they worked great, and the love they had for each other was always obvious and real. Carl was a loyal and devoted son to his parents, Jim and Lillie. As his parents grew older, and needed more help, Carl was always there for them. He remained steadfastly by his mother’s side, caring for her, in her last few years. Carl excelled at being a dad, too. He was everything a person would want in a father. He was a warmhearted soul that was funny and loving, involved and connected, and always there for his daughters, for his entire life. Whether it was school projects when they were younger (which he always overdid) or car maintenance, or house repairs, he was always quick to lend them a helping hand. He didn’t always want to be there… but he loved his family more. And that grateful love that he had for his wife and daughters is reciprocated back even greater, in how much they love and adore him. Carl also had a soft spot for his pets, and specifically his cats. Throughout his life, he nuzzled many different household felines. Often the cats preferred Carl to any of the other people in their life. They saw the good-natured man that everyone else saw in him as well. While the hole that Carl has left in his family’s hearts will be tough to heal, the memories they have of his sweet smile and his giving love will go a long way in helping to soothe their pain.

Carl loved being retired. As much as Carl was good at working and providing for his family, he also enjoyed not working. He valued his free time, and wanted more of it. Carl spent the majority of his career in the color for plastics business and later as a truck driver. When he was just 60 years old, he did what he always dreamed of doing, and retired. He just couldn’t wait to finally have more free time to do the things he enjoyed. Free time to ride his new motorcycle, or blow off steam at the shooting range. Free time to go out to lunch and have a beer with his twin and best bud, Darl. Free time to build and race pinewood derby cars, often side by side with Darl. Free time to just sit home and binge watch a ridiculous amount of TV with his wife. Carl was all in on retirement. And he loved it. Retirement also left Carl more free time to enjoy the next great stage of his life, being a grandfather. And, not surprisingly, he was good at that too. The same traits that made Carl a great father, also made him an amazing grandfather. He was involved and present, always with a lap for one of his grandkids. He was often cheering them on at their games, concerts, recitals, meets, and shows. He was patient and fun, and all of his grandkids adored him dearly. Whether it was Gramps, or Paw Paw, or Goat, the impression Carl made on his grandchildren will stay with them forever.

From your wife, your daughters, your brothers, your grandkids, your family, your friends, your kitties, Thelma & Louise, we will all miss you. A lot. For chrissakes Carl… we will never forget you or your sweet, gentle spirit and we will honor your life by continuing to love you always.